Candidates in local elections who back wind power are more likely to win, it was claimed today. The research by ComRes and commissioned by wind trade body RenewableUK looked at […] 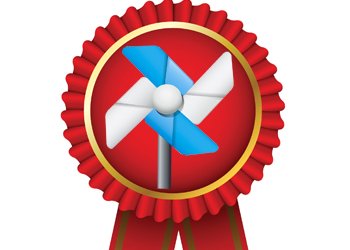 Candidates in local elections who back wind power are more likely to win, it was claimed today.

The research by ComRes and commissioned by wind trade body RenewableUK looked at two marginal seats for both the local and general elections, Northumberland and Cornwall.

Tomorrow elections take place in 34 local authorities around England and some political leaders like Labour’s Ed Miliband have seized the opportunity to face up to voters as part of a two year countdown to the next General Election.

The new poll suggested that wind power can affect voter intentions in areas where wind farms are on the cards, finding wind is a “net vote gainer”, with 34% of the public more likely to vote for a local candidate that supports building wind farms compared to 24% who would prefer an anti-wind candidate.

However the poll also suggested wind is a “marginal” issue compared with other big issues like immigration or affordable housing. RenewableUK says this shows candidates who are anti-wind are missing the point among voters.

Maria McCaffery, Chief Executive at RenewableUK said: “On the eve of local elections the message is clear – supporting wind farms gains votes. Right across England we saw more people would be motivated to support a local candidate who backed wind farms than those who oppose them – the opposite of what a vocal minority sometimes claims. The results of this polling will provide a boost to local politicians to allow them to do what’s right for the country – developing our massive renewable energy resources.”

The polling also found that results are “particularly stark” in areas where the results of the next General Election will likely be decided. In the Conservative-Labour battleground of the North West of England, twice as many said they were “much less likely” (17%) to vote for a party blocking future wind developments than those “much more likely” (8%) to do so.

In the South West where there are several Liberal Democrat marginal seats, more than a third (35%) of those polled actively support pro-wind candidates, compared to 23% of those who are anti-wind.