Businesses generating £80m of energy on their property

Companies are generating £80million worth of energy on their property according to new figures compiled by business electricity supplier SmartestEnergy. On-site projects developed by businesses to power manufacturing facilities and […] 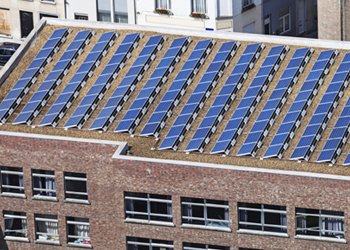 Companies are generating £80million worth of energy on their property according to new figures compiled by business electricity supplier SmartestEnergy.

That’s against a backdrop of rising popularity for larger scale independent renewable projects. Owned by businesses, farms, communities and the public sector – as opposed to big suppliers – such projects now generate £768million worth of electricity a year.

There were 2,011 commercial-scale independent renewable projects bigger than 50kW across Great Britain operating at the end of 2012, a rise of 392 projects or 24% compared with the year before.

Solar power seems to be the most popular technology for onsite investment according to the Energy Entrepreneur 2013 report, which used publicly available data from Ofgem as it stood on 31 December 2012.

Farmers are clearly buying into the idea, ploughing into 74% more projects than 2011 and the 347 energy schemes on their land generate more than £22m.

Robert Groves, chief executive of SmartestEnergy writes in the introduction to the report: “While a single turbine in a farmer’s field or a small biomass facility at a factory may seem insignificant in comparison to the huge investments being made in renewable projects by the major utilities, the combined impact of a large number of independent schemes is starting to make a meaningful contribution to the nation’s climate change targets.”

Iain Robertson, Head of Generation for SmartestEnergy, which buys electricity from more than 600 independent generation projects around the UK, put the interest in getting a small power supply down to rising energy prices and government support such as the Feed-in Tariff.

He said: “For businesses and organisations faced with steep rises in energy costs, investing in their own renewable energy projects can generate significant savings and help them remain competitive.”