A Brazilian sugarcane group has raised its alarm over EU plans to put a cap on the use of fuel-based biofuels. Yesterday MEPs on the European Parliament’s Environment Committee voted […] 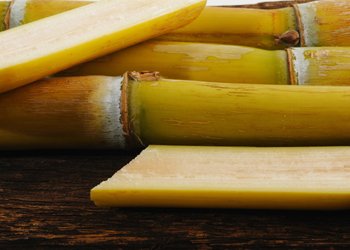 A Brazilian sugarcane group has raised its alarm over EU plans to put a cap on the use of fuel-based biofuels.

Yesterday MEPs on the European Parliament’s Environment Committee voted for a 5.5% cap on the use of all food-based biofuels in transport by 2020.

The vote was passed with 43 votes in favour, 26 against plus one abstention and the decision will now go to a final plenary vote in Strasbourg.

Behind the vote is a concern over the greenhouse gases produced by using more agricultural land for biofuel, something known as the indirect land use change (ILUC).

Corinne Lepage, MEP on the ENVI Committee said she was “pleased” they had “decided to address the problem of emissions of greenhouse gas emissions related to indirect land use change”.

But the Brazilian Sugarcane Industry Association (UNICA) which represents sugar and ethanol producers in the South American nation warned the 5.5% ceiling in Europe is at risk of “violating” international trade law.

Brazil exports millions of litres of ethanol which used as a biofuel and Europe has so far seemed a promising export destination. Ms Kutas added: “The EU could choose alternative, less trade-restrictive measures.”

A British renewable trade group was also nonplussed on behalf of UK and European biofuel firms.

Clare Wenner, Head of Renewable Transport for the Renewable Energy Association said: “These final proposals are a conceptually flawed attempt to force European biofuel developers to pay for the assumed emissions of other industries in other regions of the world.”

The green transport representative went on: “It will ensure that fossil fuels continue to dominate transport for the foreseeable future and it will reduce the stimulus for investments in improving agricultural yields and practices.”