Brazil’s Olympic planners get power tips from the UK

The UK’s Carbon Trust is to draw on its experience and knowledge and help Brazil manage its power grid during the Rio 2016 Olympic Games. It will be holding workshops […] 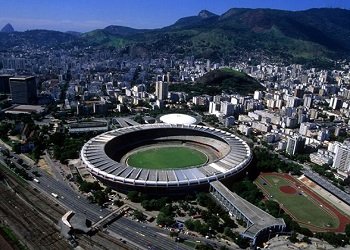 The UK’s Carbon Trust is to draw on its experience and knowledge and help Brazil manage its power grid during the Rio 2016 Olympic Games.

It will be holding workshops in London for technicians and planners from Brazil’s National Electric Systems Operator ONS to show how the UK prepared for surges in power demand during the London 2012 Olympics.

The Carbon Trust will share the knowledge gained during the Games in London on how the UK’s power grid provided dozens of sport venues, transport conduits and broadcasting stations with high quality, reliable power.

Analysis by the Carbon Trust found the variation in power usage during the Olympics could increase by as much as 6GW in less than 10 minutes – the equivalent of six nuclear power stations or twice the electricity demand of Rio de Janeiro.

Décio Nunes Teixeira Junior, Manager of Real Time Operation at ONS said: “Brazil’s National Electric System Operator – ONS – is very pleased to participate in this project as a means to ensure the opportunity to improve the operating experience of Brazil’s electricity system during major events, particularly the 2016 Olympic Games in Rio de Janeiro and the World Cup in 2014.

“We intend to utilise this legacy to maintain the highest degree of reliability and quality of Brazil’s power supply hereafter. We hope that this is only the first step in a long-term partnership with the UK and the Carbon Trust.”

The project is funded by the British Embassy Brasilia and will run until July 2014.