Two years after the Fukushima nuclear disaster and with the situation still not under control, the OECD Nuclear Energy Agency (NEA) has published a report outlining the response of its […] 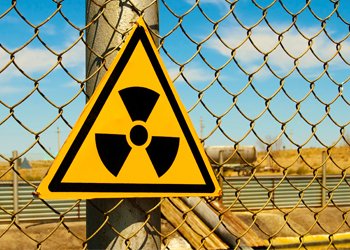 Two years after the Fukushima nuclear disaster and with the situation still not under control, the OECD Nuclear Energy Agency (NEA) has published a report outlining the response of its member countries.

According to the report, member countries immediately carried out preliminary safety reviews following the accident, before completing “stress tests” to reassess the ability of their nuclear facilities to deal with the problems faced during Fukushima – such as extreme external events or the loss of safety measures.

The NEA said safety and emergency systems are being improved where necessary to ensure nuclear plants are capable of dealing with events that lead to the loss of electrical power or cooling capabilities.

The agency reaffirmed its commitment to the defence-in-depth concept – having multiple, independent layers of safety systems. But with all lines of defence breached at Fukushima, the agency said member countries are now focused on enhancing the application of the concept.

The report said members are also working to improve their knowledge of how used fuel rods behave during accidents as well as learning more about staff performance under stressful conditions and improving crisis communication and emergency procedures.

NEA Director General Luis Echavarri said as one of the worst nuclear accidents in history, Fukushima marked a turning point in nuclear safety, warning: “Nuclear energy requires the highest standards of safety and there can be absolutely no complacency in this regard.”

He added: “Although the principles upon which nuclear safety has been built remain valid, notably the defence-in-depth concept, more needs to be done to ensure their effective implementation in all countries and all circumstances.”

Last week the Japanese government pledged 47 billion yen (£300 million) towards the clean-up operation following a series of setbacks for Tepco – the utility company responsible for the reactor.