Londoners could save £79m by cutting food waste

A campaign to prevent food waste could save London households millions of pounds if rolled-out across the capital city. The Waste & Resources Action Programme (WRAP) revealed the impacts of […] 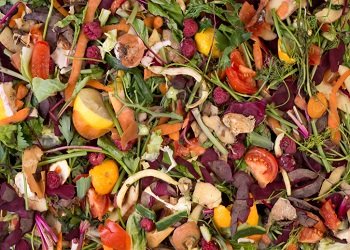 A campaign to prevent food waste could save London households millions of pounds if rolled-out across the capital city.

The Waste & Resources Action Programme (WRAP) revealed the impacts of its six-month ‘Love Food Hate Waste’ (LFHW) campaign – a partnership with the Mayor of London – which showed West London boroughs reduced their food waste by 14%.

It claims the boroughs could save up to £1.3 million every year through avoided disposal costs and implementing the campaign fully would deliver up to £8 savings for every £1 spent.

WRAP also calculated householders could save up to £79 million across the capital and cut around 29,400 tonnes of food waste if the 14% reduction is scaled up for the whole of London. If the reductions in total food waste were scaled up, this would equate to around 68,000 tonnes resulting in cost savings to local authorities from avoided disposal costs of up to £7.3 million.

Dr Richard Swannell, Director at WRAP said: “The Local Government Association has identified waste disposal as one of the most costly areas for local authorities. Our work highlights one way these can be reduced cost effectively – a short term investment can deliver short term and potentially long term gain, both financially and environmentally.”

Around 890,000 tonnes of food is thrown away every year in London, out of which 540,000 tonnes could be avoided, WRAP claims. It costs the capital’s boroughs more than £50 million every year to dispose of the food waste collected from homes.

A £1.2 million fund was launched earlier this month to improve recycling for Londoners.