Thames Water to move all customers on to ‘smart’ water meters

Thames Water is to install ‘smart’ water meters in the homes of all of its customers by 2030. The Environment Agency has described London and the Home Counties as “seriously […] 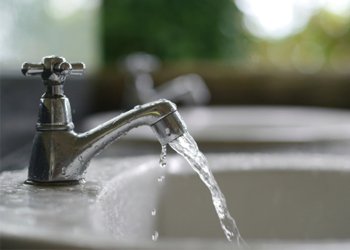 Thames Water is to install ‘smart’ water meters in the homes of all of its customers by 2030.

The Environment Agency has described London and the Home Counties as “seriously water-stressed” and Thames Water said the meters are therefore necessary to cut down on usage.

The third (30%) of customers already on water meters typically use 12% less water according to the firm.

The meters will be rolled out across London, borough by borough, starting in Bexley in early 2014. The scheme will be the first in the UK to use ‘smart’ meters, which are connected to a wireless network and update every 15 minutes, allowing customers to monitor their water use online.

As well as altering customers’ behaviour, Thames Water said the meters will also cut water use by giving them a better understanding of where water is being used, allowing them to pinpoint and repair leaks. The firm said the meters will be monitored to look out for continual water use – typically a sign of a leak.

Thames Water said it will also check for leaks in customers’ pipes when the meters are installed. It added any leaks it does find will be fixed free of charge.

Steve Plumb, Thames Water’s Head of Metering said: “Britain is the only country in the developed world without universal water metering or a plan to achieve it.  With London being classified as ‘seriously water-stressed’ by the Environment Agency and with customers using a third more water than they did 30 years ago, it is really important we act now.

“Metering is the fairest way to pay for water because you pay for what you use, value what you pay for and as a result tend to use water more efficiently.”

However while some people will see their bills cut, others will see them rise and concerns have been raised over how it will affect families, who may have done well out of a flat rate.

Sarah Teather, Liberal Democrat MP for Brent Central is quoted as saying: “This will come as an enormous blow to many families across London.”

Shadow London Minister, Sadiq Khan attacked the move as a covert price hike, reportedly saying: “Thames Water are posting huge profits at the same time as hiking bills for the poorest Londoners and this is simply unacceptable. We are in the middle of a cost-of-living crisis and water companies should be doing everything possible to keep bills down.”

Thames Water said it would give customers two years after the meters are installed before moving them to a metered tariff, although they could switch early if they wanted to.