‘Smart’ hot water tanks could be used like batteries

‘Smart’ hot water tanks could be used like batteries to store energy and balance out power systems. That’s according to SSE’s Future Networks and Policy Manager, Stewart Reid, who was […] 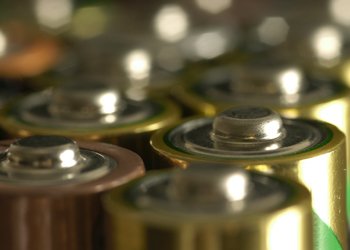 ‘Smart’ hot water tanks could be used like batteries to store energy and balance out power systems.

That’s according to SSE’s Future Networks and Policy Manager, Stewart Reid, who was speaking at the Heat Conference 2013 on Wednesday.

Mr Reid was explaining the firm’s attempt to find a solution to the unique problems faced on the Shetland Islands. It was trying to add a new wind farm to the area’s isolated power grid but needed a way to balance out the intermittent wind.

A 3MWh battery and an existing district heating network with 135MWh of thermal storage capacity could go some of way to solving the problem, he said. Spare wind power could be diverted to either the battery or an electric boiler, which would pump heat into the network’s thermal store for use later.

Mr Reid said: “This is set up in such a way that you can trickle charge energy into that thermal store at a rate of say a MW, which means at any point in time we can put a call in to reduce that or increase it.”

He added: “They get the bulk of their energy from a waste heat plant. When they can’t get sufficient energy they burn oil. So they’ll be using this store to try and displace that oil burn and help decarbonise the district heating scheme.”

But this wouldn’t solve the problem entirely. The island would still need more storage and the majority of residents aren’t connected to the heat network. As these islanders also don’t have gas mains, their heating comes from electricity. In the future  spare power from the wind farm could therefore be redirected to their hot water tanks and storage heaters in the same ways as for the heat network’s thermal store.

The project isn’t complete and SSE’s specially adapted ‘smart’ hot water tanks have only been installed in 60 homes. But Mr Reid said when they are rolled out fully they will give SSE control over 25% of summer demand in the Shetlands.

He added: “If you were to convert that up to the UK level …you can in theory have 6GW worth of control through hot water tanks alone.”