An estimated £33 billion needs to be invested to bring UK shale wells into production between 2016 and 2032, says a new report. That includes up to 4,000 horizontal wells, […] 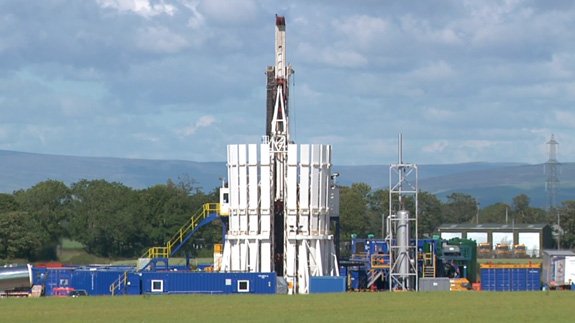 An estimated £33 billion needs to be invested to bring UK shale wells into production between 2016 and 2032, says a new report.

That includes up to 4,000 horizontal wells, around £20.5 billion for hydraulic fracturing – the controversial process of extracting shale gas – and more than £4.1 billion for drilling fluid and water waste management, including storage and transportation.

The study, commissioned by the onshore oil and gas industry and part funded by the Department for Business, Innovation and Skills (BIS), expects shale gas production levels at its peak to be equivalent to heating more than 20 million homes and create more than 6,000 direct site development jobs.

It suggests Europe remains a “significant, yet untapped, shale market” and believes the UK has an “opportunity to lead the development of that market and contribute specialised equipment and skills”, with the oilfield service and manufacturing companies having a “massive opportunity”.

Currently 89% of Europe’s annual gas demand is imported but estimates suggest shale gas could help reduce European import dependency by up to 27% by 2035.

Welcoming the findings of the report, Business and Energy Minister Michael Fallon said the message for companies from Lancashire or Lowestoft is “to get ready for shale”.

He told ELN: “It’s made a huge difference in the United States, both to household bills but also to reduce industry’s energy costs and the potential is there for it to do the same in the United Kingdom.

Today the minister is speaking at an event in Blackpool for businesses interested in shale gas. He added: “We don’t yet know that but the object of the conference is to explain to supply chain companies the scale of the exploration that’s now going to take place.

“There’s a huge opportunity here for small businesses of all sizes in the supply chain and for jobs, particularly in the north of England.”

With the onshore shale gas industry still in its infancy in the UK, the head of the Onshore Operators Group said a lot still needs to be done.

Ken Cronin said: “We have a lot of work to do in terms of working with the communities involved, understanding geology, flow rates and the cost base. Keeping the economic benefits in the UK of the supply chain is not a given but the potential level of benefits as highlighted in this report should make it an economic imperative that we should make the best possible attempt.”