Get your office energy efficient or pay £150K

Commercial landlords need to start planning energy efficiency upgrades now or face a potential fine of up to £150,000. Under the 2011 Energy Act, all commercial property owners need to […] 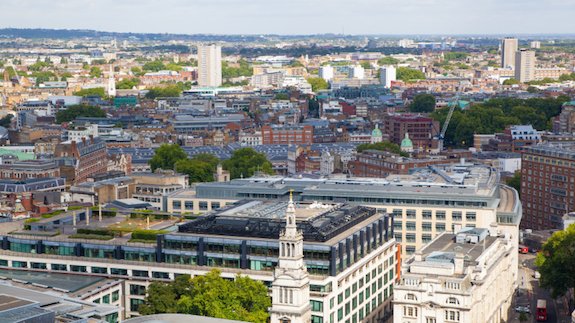 Commercial property will need to be energy efficient. Copyright: Thinkstock

Commercial landlords need to start planning energy efficiency upgrades now or face a potential fine of up to £150,000.

Under the 2011 Energy Act, all commercial property owners need to meet the minimum band ‘E’ standard by 2018 or potentially face being unable to lease them and hit with a whopping fine.

And energy efficiency could become a factor in determining rents and valuations, so the time to act is now.

That’s the view of experts at global property consultants DTZ, who looked into the Energy Performance Certificate (EPC) system proposed by DECC. EPCs are a measure of how energy efficient a building is and range from A-G.

Around a quarter of all UK building stock falls into EPC categories ‘F’ and ‘G’ which are generally inefficient older buildings and poor stock which need much more work and there is a chance they maybe left behind.

Derek Lawrence, Director in DTZ’s Building Services team said: “Owners of non-compliant buildings must act or face a twin burden of lost income from an asset they are unable to lease and diminishing capital value. The effects are being felt already with occupiers stipulating minimum performance ratings for new buildings and this will only increase.

“In essence you are looking at an emerging two-tier market with poorer performing stock being marginalised even before the regulations come into force unless investors and occupiers take steps to prepare for implementation.”

DTZ believes energy performance of buildings is likely to become an issue at rent reviews, while lease renewals and dilapidations will also be affected.

Mr Lawrence added: “For commercial property owners and occupiers, improving the operational performance and efficiency of their buildings has long been a primary objective. Improving energy performance is now an essential part of that agenda.”