Solar power capacity in Scotland has risen by more than a quarter in 2015. New figures reveal more than 40,000 homes and 850 businesses now have solar panels in the […] 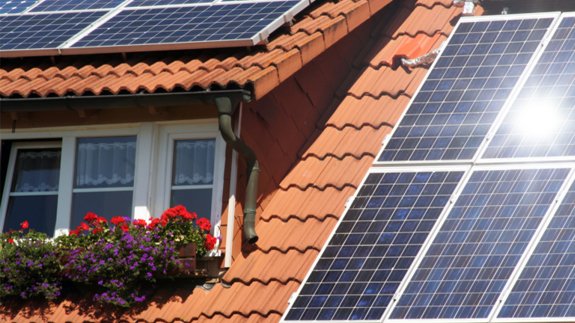 Solar power capacity in Scotland has risen by more than a quarter in 2015.

New figures reveal more than 40,000 homes and 850 businesses now have solar panels in the country.

That brings the total capacity to 179MW – a rise of 39MW or 28% since last year, helping reduce thousands of tonnes of carbon emissions.

The total installed capacity on homes alone sailed past 150MW, now standing at around 159MW.

Citing the Energy Saving Trust, the report stated a typical home solar system could save more than a tonne of Carbon Dioxide per year – or 30 tonnes during its lifetime.

John Forster from the Solar Trade Association Scotland, which published the figures with WWF Scotland said: “It’s great to see the use of solar power continue to grow. Scotland’s new building regulations are a great example of where Scotland is leading the way as they are helping to increase the uptake of solar on thousands of new homes every year. This is very much in contrast to the scrapping of the Zero Carbon Homes target by the Westminster Government.

“However, as new homes make up a tiny fraction of our housing stock, it’s critical we find a way to encourage the use of solar on existing buildings too. Having found a way forward on new homes, we’d like to see the Scottish Government bring forward measures to encourage much greater uptake of solar power on the many more existing homes and buildings.”