There have been mixed reactions to the proposals set out by the competition watchdog today. Consumer collective group TheBigDeal believes they are “naïve and will take customers out of the […] 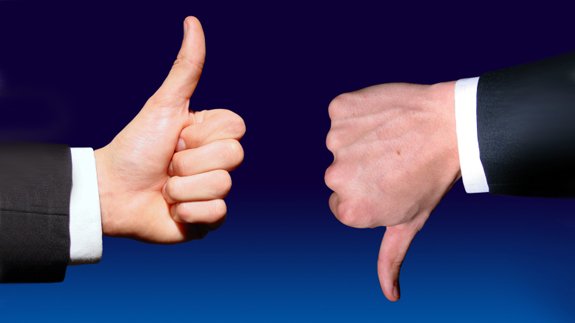 There have been mixed reactions to the proposals set out by the competition watchdog today.

Consumer collective group TheBigDeal believes they are “naïve and will take customers out of the pan and into the fire” while Energy Secretary Amber Rudd says it is a “wakeup call” to the Big Six.

The provisional findings from the Competition and Markets Authority (CMA) revealed householders have historically been paying £1.7 billion a year too much for energy while SMEs were overcharged by around £280 million annually between 2007 and 2014.

Some of its proposals include suppliers providing details of inactive customers to rival companies, a price control for those on prepayment meters and ending contract rollovers for microbusinesses.

Ms Rudd said: “This is a wakeup call to the Big Six. Energy customers should get a fair deal from a market that works for them. That’s why we called for the biggest ever investigation into the energy market and won’t hesitate to take forward its recommendations.”

The CBI, which represents around 190,000 businesses, said it needs a market that billpayers “have confidence in and can navigate easily”.

Business Environment Director Rhian Kelly added: “Ensuring the energy market works for consumers is key. The proposal to lift the cap on deals that providers can offer is good news. It will give consumers more choice and help companies innovate to bring costs down. It’s important that other reforms focus on supporting consumer engagement.”

CEO Ian McCaig added: “We have long said that the Big Six keep their loyal customers in the dark about cheaper deals resulting in disengagement and a lack of trust.

“We are pleased that the proposal to open up customer databases is focused on the most disengaged segment of the market – those who have been on expensive standard variable tariffs for more than three years. The CMA has recognised that it is vital this is properly governed to avoid customers being bombarded with information from more than 30 suppliers, which could further damage trust.”

Consumer body Which? however believes there’s still “a long way to go” before we can have an energy market that works for all consumers.

Executive Director Richard Lloyd said: “While it is right to ensure that vulnerable customers on prepaid meters are quickly protected, there are many people struggling with their bills who will not be helped by this price cap. The regulator must make sure that releasing customer data to rival suppliers is done so that it genuinely helps people switch from the most expensive tariffs to better deals, rather than result in more unwanted nuisance calls.”

Will Hodson, Co-founder of The Big Deal added: “The CMA is naive to propose opening a database of customers to energy companies. The proposal would take exploited customers out of the pan and into the fire of a thousand cynical sales pitches.

“The Big Six have succeeded in preventing price protection for all, with scant relief being limited to prepayment customers. The fact that customers who pose the lowest credit risk have been paying the highest prices is a disgrace. This overdue intervention to stop them being overcharged should bring shame on the Big Six.”

ScottishPower however said it supports the measures that increase engagement in the market from small businesses and already ended autorollover contracts for them in April 2014.

Neil Clitheroe, CEO of Retail and Generation told ELN: “We also ensured that customers receive contract renewals 60 days prior to contract expiry via recorded delivery. We have led the industry in delivering reforms to support small businesses and we will now review the detail of the CMA proposals with a view to ensuring that the small business specific remedies give customers more choice and help competition work better within the market.”

CEO Lawrence Slade said: “Industry is committed to making things simpler and fairer for all, including making it easier and quicker for customers to understand their energy usage and to switch supplier.

“With over 30 companies now in the market competing for customers, prices have been steadily falling and there are a wide range of tariffs on offer. There are a number of deals that are over £130 cheaper than this time last year and it is positive that switching numbers are increasing However, more needs to be done and the energy industry will work with customers and other bodies to continue making this market work for everyone.”