High energy costs is one of the reasons the British steel industry is facing a crisis. The comment from Conservative MP Peter Lilley follows Indian company Tata Steel’s decision to sell […] 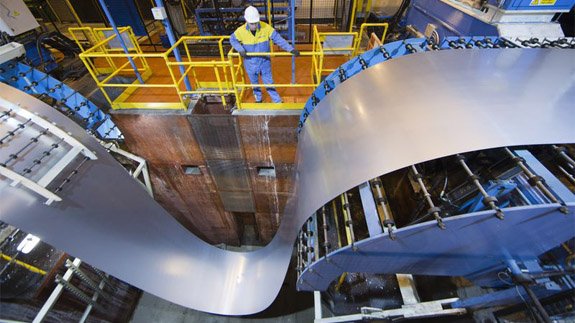 High energy costs is one of the reasons the British steel industry is facing a crisis.

The comment from Conservative MP Peter Lilley follows Indian company Tata Steel’s decision to sell all its businesses in the UK, putting thousands of jobs at risk.

Speaking to BBC Radio 5 Live, he said: “Clearly there’s a world problem to the steel industry, we need to be asking why it’s the British industry in particular which seems to be facing terminal closure.

“I think one of those reasons is still far too high energy costs in this country. We can’t blame all that on the EU, that’s largely a self-inflicted wound but we ought to be doing more.”

The MP for Hitchin and Harpenden believes the UK has taken an “even more extreme view than many other countries on the need to subsidise renewable energy and other expensive forms of energy, the costs of which in this country is spread across industry as well as consumers”.

He added: “I believe our electricity costs for steel companies are still twice as those in Germany even though Germany has similar climate policies, they load all the costs on the consumers, not on the industry. We ought to be helping our industry.”

The government insists it listened to “the concerns of energy intensive industries regarding electricity costs”.

A DECC spokesperson said: “That’s why we are introducing an exemption for those companies to help keep their bills down and competitive.”

Prime Minister David Cameron is holding an emergency meeting with ministers at Downing Street today to find a strategy to save the British steel sector.