A steel tycoon who is considering taking over Tata Steel’s operations in the UK has urged action on energy costs in the UK. Liberty House Group Chairman Sanjeev Gupta said […] 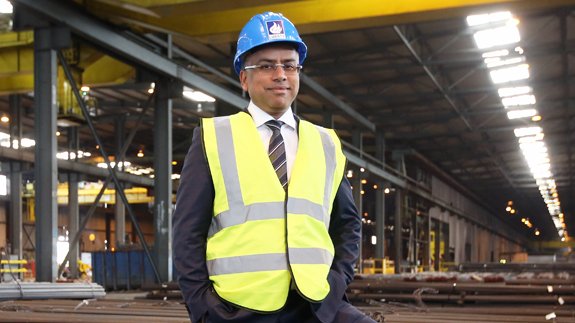 A steel tycoon who is considering taking over Tata Steel’s operations in the UK has urged action on energy costs in the UK.

Liberty House Group Chairman Sanjeev Gupta said the UK has among the highest energy costs in the world and stressed they need to be “rectified”.

“The UK has one of the highest energy price environments in the world. That needs to be rectified. It has been rectified partially already but it’s not enough. Even after the partial rectification, we’re still double of what they are in France and Germany.”

The news follows Tata’s announcement of the closure of its UK operations, including Port Talbot steelworks, a week ago.

Mr Gupta said Liberty House has a new concept which is sustainable and profitable and will need to be tested once the company engages properly with Tata Steel.

Tata Steel directly employs 15,000 workers in the UK across plants in Port Talbot, Rotherham, Corby and Shotton and supports thousands of other jobs.

The steel tycoon said employees at Port Talbot are not likely to lose their jobs as the new plan “needs more or less the equivalent number of people”.

He added: “The UK imports six million tonnes of steel at the moment. Some of this, we are confident, can even be produced here. There’s capacity so we would look to increase and expand the UK steel industry.

“If it is competitive, it can do and it will do.”

The new plan is also expected to reduce the carbon footprint by 50% compared to making steel from imported raw material.

Mr Gupta hopes Business Secretary Sajid Javid, who is currently in Mumbai, India for talks with Tata, comes back with a “realistic timeframe and realistic effort to do this the right way”.

Mr Javid said: “The UK Government has made it clear to any potential buyer that we understand that there’s going to be some issues – whether they’re to do with power, with a plant, with procurement – whatever those issues are, that we might be able to help with and help further.

“We’ve already done much to help the industry but there might be some issues specific to this business. So we’re listening, we’ve worked on this for a while and we want to work with any potential buyer to see how we can help.”