A new car which could deliver material reductions in energy use in the road transport sector has been unveiled. Shell said independent testing of its three-seater ‘Concept Car’ found it […] 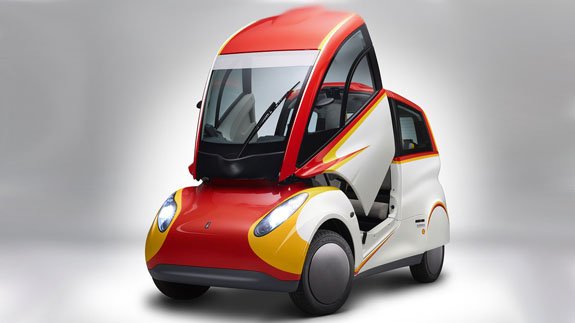 A new car which could deliver material reductions in energy use in the road transport sector has been unveiled.

Shell said independent testing of its three-seater ‘Concept Car’ found it would deliver a 34% reduction in primary energy use over its lifetime compared to a traditional city car in the UK.

It would use around half the energy required to build and run than a typical small family car and 69% less than a sports utility vehicle available in Britain, the company adds.

It uses recycled carbon fibre for its body “which can be assembled for a quarter of the price of a conventional steel car and almost the entire car can be recycled at the end of its life”.

Shell believes the car proves energy efficiency improvements can be achieved by using cutting edge technology through a process of “co-engineering” where the vehicle’s body, engine design and lubricants are all created together.

Mark Gainsborough, Executive Vice-President of Shell’s global lubricants businesses said: “Insights gained from this project could be transformational in terms of how we address energy use in the road transport sector. Energy use and climate change are major issues for society. This project shows that if we use the best of today’s technology, including cutting edge lubricants science, we could potentially have a major impact on energy use and reduce CO2 emissions.

“The improvement in economy derived from the collaborative design of engine and lubricant is impressive and highlights the enormous benefits achieved from close relationships between design partners. It also shows the powerful role that lubricants can potentially play in helping achieve CO2 reduction targets.”