Sadiq Khan has pledged to clean up London’s toxic air as he revealed he has only recently started suffering from asthma. The newly-appointed mayor plans to extend the capital’s Ultra-Low […] 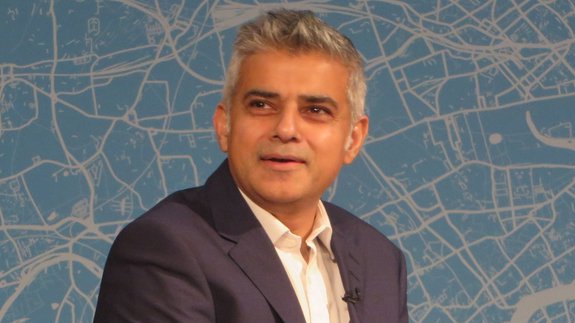 Sadiq Khan has pledged to clean up London’s toxic air as he revealed he has only recently started suffering from asthma.

The newly-appointed mayor plans to extend the capital’s Ultra-Low Emission Zone (ULEZ) to the North Circular and South Circular Road, increase the congestion charge in central London for the most polluting vehicles and give the green light to a Transport for London programme to scrap diesel vehicles.

A consultation will be launched “in a matter of weeks”.

The capital does not currently meet the legal requirements for pollutants such as Nitrogen Dioxide (NO2) and the UK faces legal action over its “repeated failure” to tackle air pollution.

It follows the European Court of Justice ruling against the government for breaching EU limits and ordering it to take urgent action.

Mr Khan said: “I have been elected with a clear mandate to clean up London’s air – our biggest environmental challenge.

“I know from personal experience that the city’s air is damaging people’s health as I only recently started suffering from asthma as an adult. Many pollution hotspots in London are around schools, exposing our children to dangerously polluted air and putting them at greater risk of respiratory conditions like mine.

“The previous Mayor was too slow on this issue and the government has been hopelessly inactive and it’s Londoners who are suffering as a result. We need to speed up our efforts so I’ll be launching a consultation before the summer to kick-start the process. As well as my proposals, I’ll be seeking views on other ways we can do more to clean up the city’s air.”