Commitments to make switching energy suppliers easier, tackle climate change and boost investment in green cars were unveiled as part of the Queen’s Speech today. It sets out the government’s […] 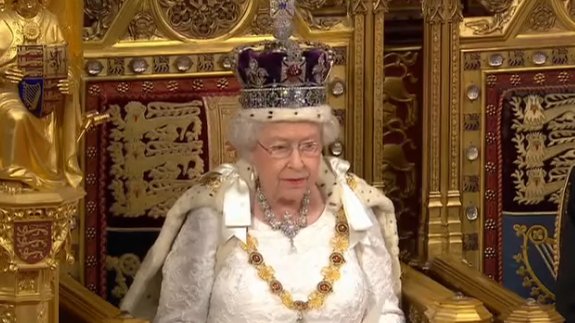 It sets out the government’s agenda for the coming session, outlining proposed policies and legislation.

It aims to open up markets, boost competition and give consumers more choice and power as well as make economic regulators work better.

Under plans announced today, householders will be able to switch faster and more protection will be given when things go wrong.

The government claims many families could save up to £390 a year by switching just three providers.

The Bill also aims to speed up the decision making process for investigations undertaken by the Competition and Markets Authority (CMA) and give regulators more powers.

It aims to put Britain “at the forefront of the modern transport revolution” to help create new jobs and fuel economic growth.

Speaking in her annual address to Parliament, the Queen said: “My Ministers will ensure the United Kingdom is at the forefront of technology for new forms of transport, including autonomous and electric vehicles.”

The UK is said to have exported 1.2 million cars last year.

The Bill will include new laws to make the UK “ready to pioneer” driverless cars. Trials are currently taking place in Bristol, Greenwich, Milton Keynes and Coventry.

Revised plans for the future of Welsh devolution were also presented as part of the Queen’s Speech.

The Bill aims to grant the Welsh Assembly new powers over energy, transport and elections.

It will give powers to Welsh Ministers over consenting for all onshore wind in Wales and up to 350MW for all other onshore and offshore energy projects.

Licensing for onshore oil and gas exploration will also be devolved to Wales, enabling the Welsh Assembly to decide whether fracking should take place in Wales.

The government states it is “committed, both at home and overseas” to reducing emissions and increasing investment in clean energy technologies.

It adds it is using the transition to a low carbon economy to maximise commercial opportunities for the UK in areas of British expertise.

It comes as the UK joined 170 nations to sign the climate pledge last month following the commitments made in Paris in December.

Her Majesty adds: “My government will continue to play a leading role in world affairs, using its global presence to tackle climate change and address major international security, economic and humanitarian challenges.”