A second consultation on the proposed nuclear power plant in Anglesey has been launched. Horizon Nuclear Power estimates Wylfa Newydd, which will include two reactors with a total capacity of […] 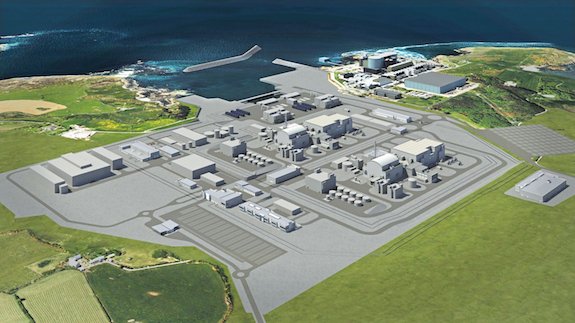 A second consultation on the proposed nuclear power plant in Anglesey has been launched.

Horizon Nuclear Power estimates Wylfa Newydd, which will include two reactors with a total capacity of 2,700MW, will take around nine years to build and have an operational life of 60 years.

The consultation, which will run until 25th October, is the last major one scheduled before the company submits its application for a Development Consent Order in 2017.

Horizon is seeking feedback on the updated nuclear plans and its supporting infrastructure before the proposals are finalised.

“I believe Wylfa Newydd has the potential to change lives for the better across Anglesey and bring major investment and opportunities for communities and individuals in North Wales and beyond – which is why we want to hear what people think of our revised proposals.”

Last month Welsh MPs called on the UK Government to prove nuclear projects are competitive and will provide financial benefits to Wales.

The head of EDF recently urged the government to give the go ahead to build the Hinkley Point C nuclear plant in Somerset following an unexpected final decision delay until autumn.