One outcome from Brexit is the need for Great Britain to confidently reinvent itself to the wider world. Good leadership demands decisiveness whether popular or not. Decisiveness creates confidence and […] 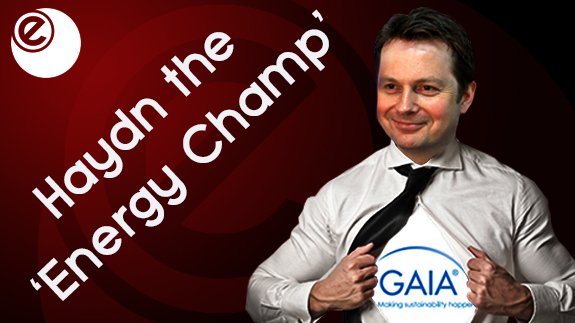 One outcome from Brexit is the need for Great Britain to confidently reinvent itself to the wider world. Good leadership demands decisiveness whether popular or not. Decisiveness creates confidence and respect and it’s time we were bold.

The UK Government has agreed with EDF that they’ll be able to sell power at £92.50/MWh when the plant is running but this is double the current wholesale price. Some believe this will become a good deal as inflation kicks in but it won’t be the case since the deal will be inflated by the Consumer Price Index.

As a result the actual price could be 40%-50% more at say £130/MWh. Furthermore, if the wholesale price actually falls below £92.50/MWh then we, the taxpayer, will pick up the bill to cover the shortfall.

Here’s a new proposal: We dump Hinkley Point C and walk away. The project dubbed by Greenpeace as “the most expensive project on earth” is a bad investment deal that’ll land our kids and grandkids with long term debt for decades to come, let alone handing them a radioactive waste problem.

The Germans and Belgians have said no to nuclear in the long term. Italy and Spain is rolling back nuclear ambitions and even France is having second thoughts. So let’s be decisive say ‘no thank you’ and make a better choice.

Plan B: The Energy Investment Fund

Hinkley C is expected to generate 7% of the UK’s energy needs by the mid 2020s so why don’t we invest to save the same amount or more? A 1% fall per year target from now would exceed the planned generation from Hinkley C and rather being saddled with the long term debt repayment, we have a long term investment programme in energy efficiency.

The government could set aside the Energy Investment Fund (EIF) for organisations to claim grants against investments. Whether they’re changing the lights, installing solar panels or training staff, it wouldn’t matter as long as they could prove sustainable savings. A similar model, the Energy Demand Reduction scheme, has already succeeded in minimising peak demand so let’s expand the idea to energy efficiency measures in the EIF programme.

Admittedly we’d miss the alleged 25,000 cement mixing jobs for 10 years in nuclear construction but we’d create more variable jobs elsewhere in the energy efficiency industry demanding a wider range of sustainable skills way beyond the 10-year lifespan of the nuclear construction employment. We’d also avoid the long term debt, the need to hide nuclear waste and make a decision to protect future generations, not burden them.

Should we should stop wasting our time on Hinkley C and invest in Plan B: The Energy Investment Fund? What do you think? Click here to have your say.