There are safety concerns over staff shortages and nuclear waste stored in plastic bottles at the Sellafield nuclear site, according to a BBC investigation. The Panorama programme claims the country’s […] 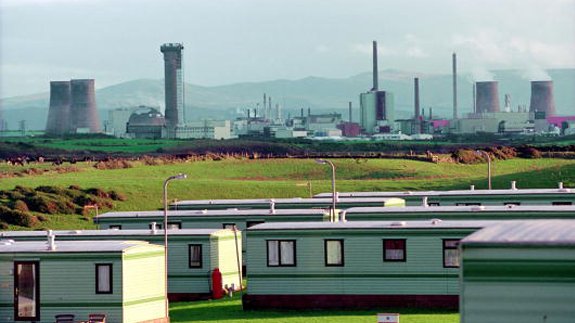 There are safety concerns over staff shortages and nuclear waste stored in plastic bottles at the Sellafield nuclear site, according to a BBC investigation.

The Panorama programme claims the country’s most hazardous nuclear site has too few staff to operate safely and some radioactive materials have been stored in degrading plastic bottles.

A whistleblower who used to work at the site in Cumbria, which reprocesses and stores nearly all of the UK’s nuclear waste, said: “If there is a fire there, it could generate a plume of radiological waste that will go across Western Europe.”

He added the number of staff at Sellafield fell below the “minimum safety manning level” on average once a week in the five months to May this year. Between July 2012 and July 2013, there were 97 incidents where parts of the site had too few workers on shift, according to figures obtained by the programme.

Furthermore, liquid containing plutonium and uranium has been kept in thousands of plastic bottles for years, it claimed.

Those bottles were only intended for temporary storage and some of them are degrading. The programme added Sellafield has been working to remove them but there are still more than 2,000 bottles containing plutonium and uranium on the site.

In 2013, Sellafield was fined £700,000 for sending several bags of radioactive waste to a landfill site in Cumbria.

The Nuclear Decommissioning Authority, which took over the running of the site earlier this year, insists “Sellafield is safe” and “maintaining safety is the priority” at the site.

It added: “Employees work around the clock every day to ensure that the site is safe today, tomorrow and in the future.

“Sellafield rightly operates in one of the most regulated industries in the world and current safety performance is excellent and improving and the workers are making great progress in cleaning up Europe’s most complex nuclear site on behalf of the UK taxpayer.”

The Prospect union also said workers at Sellafield are “committed to the highest standards of safety”.

Garry Graham, Prospect Deputy General Secretary added: “We simply do not recognise the assertions made in relation to the safety culture. Our members not only work on the site but also live with their families and friends in the local community. The notion that they would deliberately jeopardise safety simply does not ring true.”