Nations across the globe need to invest an extra $23 trillion (£19.8tn) for improvements in energy efficiency as part of their efforts to meet the goals set in Paris. According […] 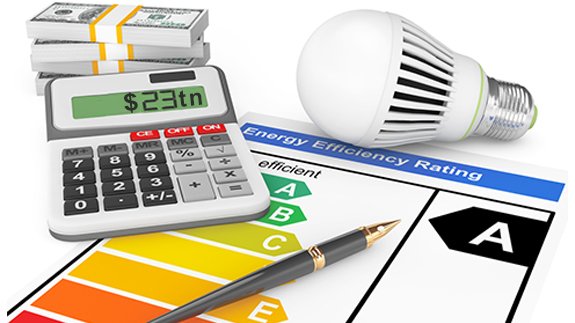 Nations across the globe need to invest an extra $23 trillion (£19.8tn) for improvements in energy efficiency as part of their efforts to meet the goals set in Paris.

According to the International Energy Agency (IEA), meeting the ambitious goal of limiting global temperatures to well below 2°C will be extremely challenging and requires a “step change” in the pace of decarbonisation and efficiency.

Its ‘World Energy Outlook’ adds $44 trillion (£37.8tn) would be needed in global energy supply, 60% of which goes to oil, gas and coal and nearly 20% to renewable energy.

While the IEA believes that would be a significant achievement, “it is far from enough to avoid the worst impact of climate change”. It would only limit the rise in average global temperatures to 2.7°C by 2100.

It expects a 30% rise in global energy demand to 2040. Renewable energy is forecast to see the fastest growth, with nearly 60% of all new generation capacity in 2040 and natural gas fares best among fossil fuels, with a 50% rise in consumption.

However more than half a billion people are forecast to still be without electricity in 2040.

Growth in oil demand slows over the projection period but tops 103 million barrels per day (mb/d) by 2040 while coal “grinds to a halt” as it is hit hard by environmental concerns. The increase in nuclear output will be spurred mainly by deployment in China.

IEA Executive Director Fatih Birol said: “We see clear winners for the next 25 years – natural gas but especially wind and solar – replacing the champion of the previous 25 years, coal. But there is no single story about the future of global energy: in practice, government policies will determine where we go from here.”

What should governments do?

It suggests policies to accelerate further low carbon technologies and energy efficiency must be put in place across all sectors to achieve the Paris agreement. It would require carbon emissions to peak in the next few years and the global economy to become carbon neutral by the end of the century.

For example, in its 2°C scenario, the number of electric cars would need to exceed 700 million by 2040 and displace more than six million barrels a day of oil demand.

The report states frontlines for additional emissions reductions are in the power sector thought deployment of renewables, nuclear power where politically acceptable and carbon capture and storage.

It also calls for a strong push for greater electrification and efficiency across all end users and a “robust and concerted” clean energy research and development effort by governments and companies.

With regards to efficiency, the IEA highlights the potential for further improvement in the performance of electric motor systems, which account for more than half of current power usage.

It adds a “careful review of market rules and structures” is required to ensure generators have ways to recover their costs and the power system is able to operate with a degree of flexibility.

The report states: “Strengthening the grid, incentivising system-friendly deployment of wind and solar and ensuring the availability of power plants ready to dispatch at short notice can efficiently accommodate the variability of wind and solar output, up until they reach a share of around one quarter in the power mix.

“After this point, demand response and energy storage become essential to avoid wind and solar installations having their operations curtailed in times of abundant generation.”

The UK Government is currently seeking views on the development of a smarter, more flexible and user-friendly energy system.