The first commercial wind farm to generate power in the UK has turned 25. The Delabole onshore wind farm located in Cornwall came online on this day in 1991. It consisted […] 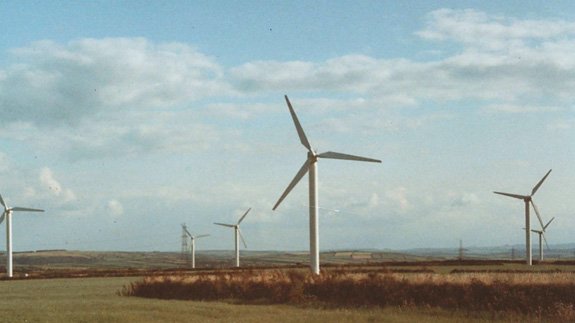 The first commercial wind farm to generate power in the UK has turned 25.

The Delabole onshore wind farm located in Cornwall came online on this day in 1991.

It consisted of 10 turbines with a capacity of 400kW each totalling 4MW. It powered 2,700 homes per year.

The project, now owned by Good Energy, has since been upgraded and now consists of four turbines totalling 9.2MW.

The company claims since 1991, the wind farm has generated more than 340GWh of renewable electricity – enough power to boil 3.4 billion kettles and cook more than 40 million Christmas turkeys

Good Energy’s Chief Executive Juliet Davenport said: “This is an incredible achievement for the renewable industry and a big moment for Delabole. Since the turbines started turning, renewable technologies have come a long way, with wind power generating a record-breaking 12% of the UK’s electricity in 2015.”

Renewable UK welcomed the news and claimed there are now more than 1,000 commercial-scale UK wind energy projects operating onshore and offshore, meeting the annual electricity needs of more than 9,500,000 homes.

Executive Director Emma Pinchbeck said: “1991 was a year for innovation: in the spring a British scientist introduced the worldwide web and by Christmas, Delabole’s first turbines were turning.  And just as the dawn of the internet has changed how we communicate, so renewables are revolutionising the way we generate electricity, replacing old technology with new”.

In the past quarter of a century, onshore and offshore wind energy in the UK has generated more than 185 million MWh – enough to power more than three-quarters of a billion computers for a year.