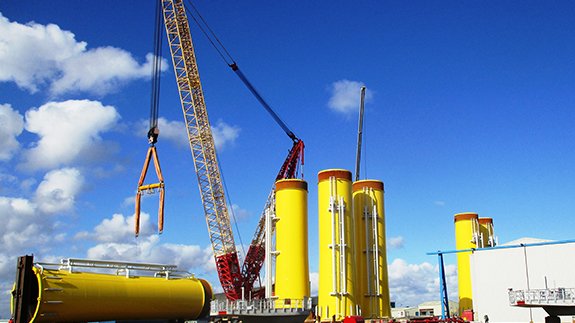 New contracts have been signed to supply the world’s largest offshore wind farm with components.

German fabricator Steelwind Nordenham is to provide 20 transition pieces, which will be outfitted with vital equipment and coated with durable, high-visibility paint by Teesside-based Wilton Engineering Services Limited.

Transition pieces link the foundations of offshore wind turbines with the towers and incorporate key infrastructure to access and maintain the wind farm.

Duncan Clark, Director of Hornsea Project One, said: “We are delighted to be working with Steelwind again and it’s great to see UK firms like Wilton Engineering build their capabilities to supply the offshore wind industry.

“Hornsea Project One will be the biggest windfarm in the world and will benefit all of the UK with over 1GW of green electricity. As we work with more UK firms on these multi-million pound contracts we’re really seeing the regional benefits too, such as job creation and economic growth.”