Danish wind giant Vestas reclaimed the spot as top onshore turbine manufacturer in 2016. That’s according to figures compiled by Bloomberg New Energy Finance (BNEF), which show the firm’s products were […] 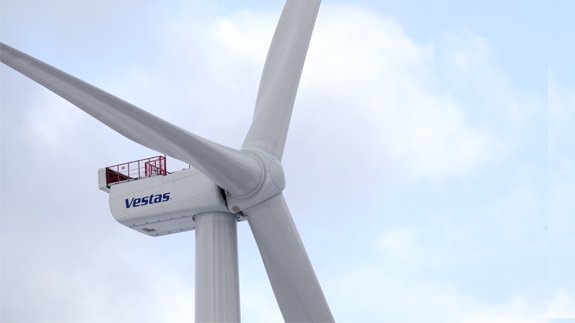 That’s according to figures compiled by Bloomberg New Energy Finance (BNEF), which show the firm’s products were used to install 8.7GW of wind capacity, totalling 16% of all onshore wind installations last year.

The company’s return to the top spot was largely due to a strong push in the US and the fact it commissioned projects in 35 countries, more than any of its competitors.

David Hostert, Head of Wind Research for BNEF said: “This year’s ranking shows why 2016 was all about mergers in the turbine-maker sector. There is now a strong breakaway group of three companies at the front.

“The upcoming merger of Siemens Wind and Gamesa will allow the joined company to catch up and create a ‘big four’ group of dominant manufacturers.”

Only 832MW of new offshore wind capacity was commissioned in 2016 in a year dominated by installations in Asia – China’s Sewind placed first with 489MW.

While 2016 saw record financing for new offshore wind projects to be built in Europe, the actual amount being commissioned globally last year was far below 2015’s 4.2GW.