Virtual band Gorillaz will soon be recording new songs generated solely by renewable energy. It has teamed up with energy supplier E.ON to develop a film and music studio powered […] 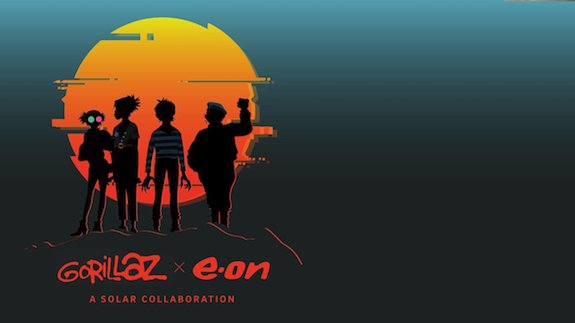 It has teamed up with energy supplier E.ON to develop a film and music studio powered by solar energy and battery storage.

It will also appear at selected gigs throughout the band’s 2017 world tour.

The band – fronted by former Blur star Damon Albarn – has collaborated on a new film wherein solar and battery storage technology powers a fleet of dancing toys to the track ‘We Got The Power’ from its latest album.

Murdoc Niccals, Gorillaz Founder and Bass Player said: “I’m an environmentalist myself. That’s why the Gorillaz teamed up with E.ON – the lead brainiacs in the field of solar energy storage – to build a brand new studio that not only helps us make better music but also helps preserve the planet. E.ON also has some outstanding batteries so we can keep on working even in the dark.”