A 288MW offshore wind farm in Germany has now officially opened. The Sandbank project, which has been developed by Vattenfall and Stadtwerke München (SWM), is made up of 72 turbines […] 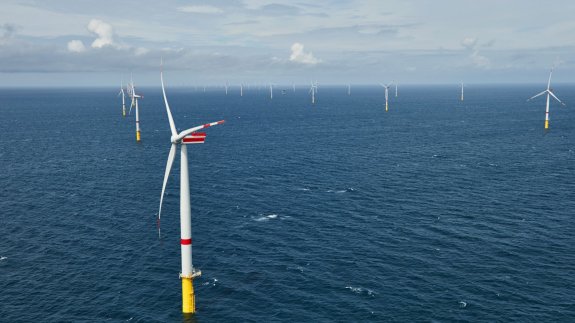 The Sandbank project, which has been developed by Vattenfall and Stadtwerke München (SWM), is made up of 72 turbines working together to provide 400,000 German households with renewable energy.

The facility, which is located 90 kilometres west of the island of Sylt, was put into full operation earlier this week, giving both companies a combined portfolio of 576MW of installed capacity.

The Sandbank offshore wind farm, which cost around €1.2 billion (£1.07bn), is expected to avoid more than 700,000 tonnes of carbon dioxide emissions each year.

Vattenfall holds a 51% stake in Sandbank Offshore GmbH, which was set up to implement the project, while SWM holds a 49% stake.

Dr Florian Bieberbach, SWM’s Chief Executive Officer, said: “Sandbank is another major project of our Renewable Energies Expansion Campaign. It brings us a great step closer to our goal of 100% green electricity for Munich by 2025.

A £2 billion offshore wind farm is expected to go ahead after RSPB lost a legal challenge against the plans.