A clean technology start-up based in London has won funding from Expo 2020 Dubai to help take its innovation global. Desolenator uses only solar power to purify water from any […] 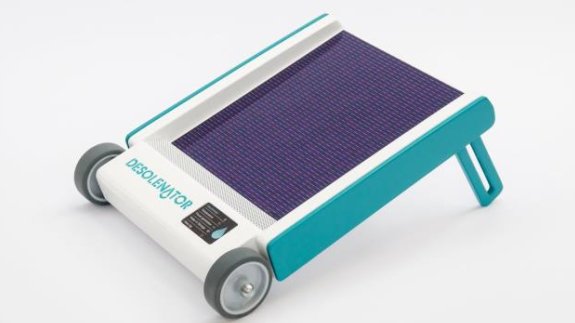 A clean technology start-up based in London has won funding from Expo 2020 Dubai to help take its innovation global.

Desolenator uses only solar power to purify water from any source, including sea water which is especially critical in regions where natural groundwater reserves have been polluted or poisoned or where seawater is the only water source available.

The process used is a simple distillation but the firm’s innovative technology accelerates the process and cuts the environmental impact, allowing its purifiers to produce up to 20 litres a day from a one-square metre area versus an average two litres a day using traditional solar stills.

Desolenator was one of three UK start-ups to win funding from the organisers of the Expo, which has an allocation of $100 million (£77m) to back projects that offer creative solutions to pressing challenges that impact people’s lives or help preserve the world.

Louise Bleach, Business Lead for Desolenator said: “Around two-thirds of the world’s population live with severe water scarcity for at least a month every year. by 2030, half of the world’s population won’t have access to clean drinking water. We wanted to create a technology that is accessible to everyone so they can transform the oceans or contaminated sources into clean drinking water.”