Residential renewables ‘to disrupt utilities by 2030’

Residential renewable power generation and storage will become profitable for London households by 2030. That’s according to new research from Imperial College Business School’s Centre for Climate Finance and Investment […] 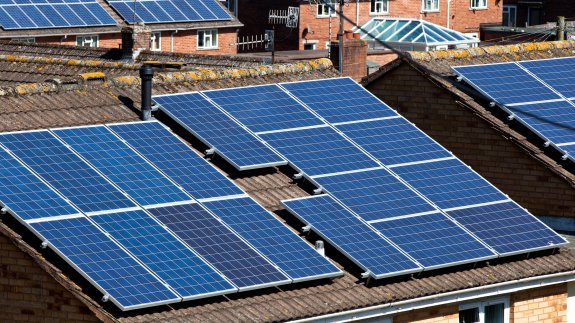 Residential renewable power generation and storage will become profitable for London households by 2030.

That’s according to new research from Imperial College Business School’s Centre for Climate Finance and Investment (CCFI), which suggests this could cause a major disruption for the utilities sector.

The report suggests although consumers are unlikely to leave the power grid completely until after 2030, their gradual withdrawal from traditional utilities will have significant implications for these firms and their investors.

London households can already reduce the amount of power they consume from their electricity supplier with rooftop solar panels but the disruptive force of cheaper battery storage is expected to have a significantly larger effect.

The researchers predict the mass adoption of a cheaper alternative may provoke a price hike on remaining consumers, prompting even further reductions in demand.

Dr Charles Donovan, Director of the CCFI, said: “The transition ahead is going to be messy.

“The UK government has a big problem on its hands: solar and storage technologies are advancing rapidly and will bleed revenues from the utilities sector, yet we need a financially healthy industry to enable large-scale investments in smarter, more flexible electric power networks.”