The Driver and Vehicle Standards Agency (DVSA) has found hundreds of lorries fitted with devices to cheat road emissions data. Its four-month investigation between August and November last year stopped […] 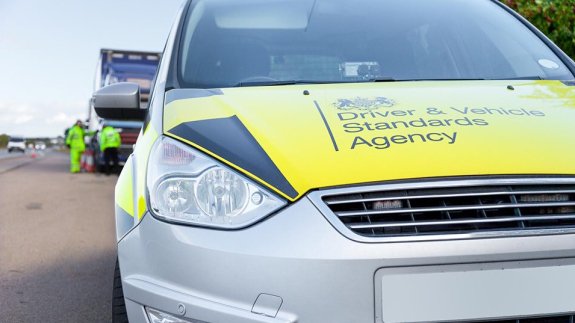 The Driver and Vehicle Standards Agency (DVSA) has found hundreds of lorries fitted with devices to cheat road emissions data.

Its four-month investigation between August and November last year stopped 3,735 lorries at random at five locations across Britain and found 293 lorries fitted with cheat devices.

Cheat devices give false emissions readings which can result in the release of excessive emissions into the atmosphere.

Some of the ways that could be done include using devices that stop emissions control systems from working, removing the diesel particulate filter or trap, using cheap, fake emission reduction devices or diesel exhaust fluid or using illegal engine modifications which result in excessive emissions.

Lorries registered in Northern Ireland were the most common offenders with 20.4% of vehicles found with a cheat device, followed by 8.5% in the UK and 4.9% registered outside the UK.

The drivers and operators were given 10 days to fix the emissions system or face a £300 fine and have the vehicles taken off the road.

Gareth Llewellyn, DVSA Chief Executive said: “We are committed to taking dangerous lorries off Britain’s roads. Stopping emissions fraud is a vital part of that.

“Anyone who flouts the law is putting the quality of our air and the health of vulnerable people at risk. We won’t hesitate to take action against these drivers, operators and vehicles.”

Following the roadside checks, DVSA examiners are inspecting more than 100 operators’ vehicle fleets for emissions cheat devices. Some of the companies being inspected operate up to 80 vehicles.