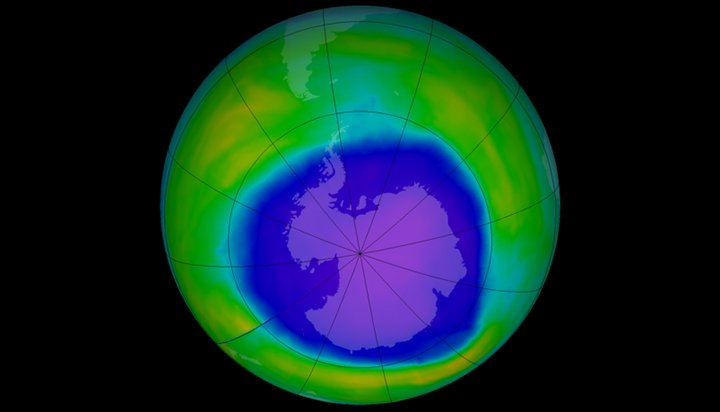 Scientists have found an unexpected rise in emissions of an ozone-damaging chemical despite a global treaty banning it.

New findings from a study reveal levels of CFC-11, a chlorofluorocarbon (CFC) which is the second most abundant ozone-depleting gas controlled by the Montreal Protocol, has increased in recent years.

The ozone layer protects the Earth from the sun’s harmful UV radiation.

Researchers say CFC-11 was seen to be declining following the ban, however, the fall has slowed down by 50% since 2012, which could affect the recovery of the ozone hole and worsen climate change.

They add the increase in emissions may be stemming from underreported production of CFC-11, likely from East Asia.

Scientists initially discovered the ozone hole in 1985, affected by the presence of CFCs in the atmosphere – they were used in various applications such as aerosol sprays and refrigerants – following which the Montreal Protocol was brought into effect to phase them out.

Researchers from the latest study highlight environmental regulations “cannot be taken for granted” and must be safeguarded and that monitoring is required to ensure compliance.

“It is important to note that these findings also highlight the efficacy of the Montreal Protocol, its institutions and mechanisms, with science at their core. So long as scientists remain vigilant, new production or emission of ozone depleting chemicals will not go unnoticed.”