It has installed a reverse vending machine at its store in Fulham, London 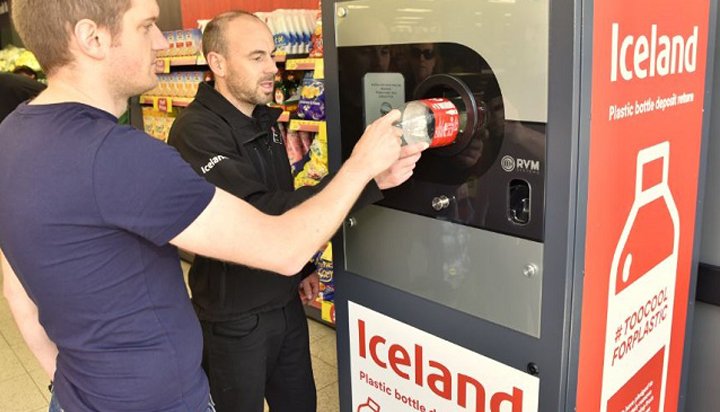 Iceland has become the first supermarket in the UK to trial the plastic bottle deposit return scheme.

It has installed a reverse vending machine at its store in Fulham, London, as part of a six-month programme.

It follows the government’s recently announced intention to introduce such a scheme in the country.

The machine only accepts plastic bottles bought from Iceland stores – it works by scanning the barcode following which customers get a 10p voucher to be used for every bottle recycled.

The supermarket previously pledged to eliminate plastic packaging from all of its own label products by the end of 2023.

Richard Walker, Iceland’s Managing Director said: “We’re the first supermarket to take decisive action to bring the reverse vending machine into stores… We’re doing it properly, through consultation with suppliers and by gaining understanding of how customers will act in response to the machine.

“There are 12 million tonnes of plastic entering our oceans every year so we feel a responsibility both to tackle the issue of plastic packaging as we are doing with our own label products and to give our customers the power to make a difference themselves.”