The five turbines at the Ransonmoor Wind Farm produce enough electricity to power around 6,600 local homes 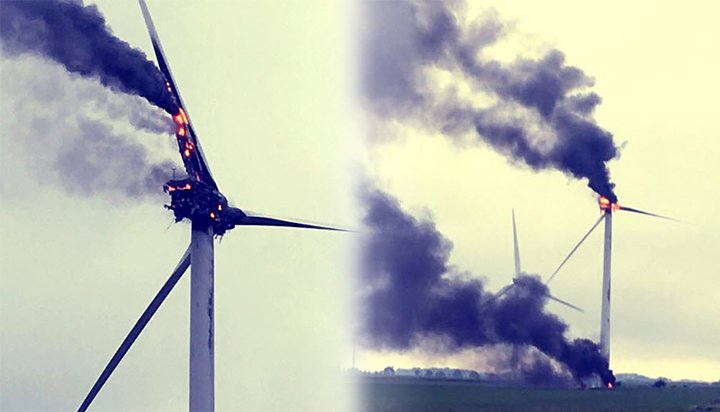 An 89-metre wind turbine in Cambridgeshire caught alight on Wednesday morning as thunder and lightning storms swept the region.

The cause of the fire at the Ransonmoor Wind Farm in Doddington has yet to be confirmed by the fire service, who were called to the burning structure at around 7.50am.

They said there was no danger to the public, despite debris falling from the top of the turbine into a nearby field – firemen remained on standby but the fire was allowed to burn out safely and required no action from them.

The five turbines at the facility produce 26GWh of renewable electricity each year, enough to power around 6,600 local homes.

A spokesman for renewable energy company and operator Siemens Gamesa said: “Siemens Gamesa Renewable Energy can confirm there have been no injuries to any member of the public, nor to any employees.”

He added the firm was continuing to investigate the incident.