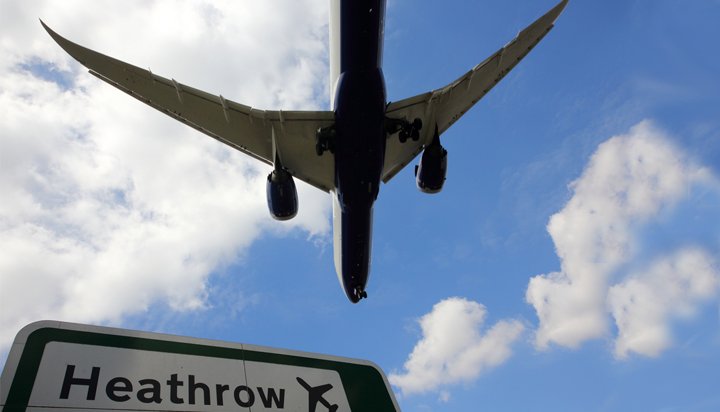 The UK Government has approved controversial plans for a third runway at Heathrow Airport but said it would only proceed if air quality obligations are met.

Transport Secretary Chris Grayling added the £14 billion project would create “tens of thousands” of local jobs and apprenticeships as well as boost the economy for future generations.

His announcement follows the green light from Theresa May and her ministers at a cabinet subcommittee meeting earlier today.

Mr Grayling said despite being the busiest two-runway airport in the world, Heathrow’s capacity constraints mean it is falling behind its global competitors, impacting the UK’s economy and global trading opportunities.

Communities are to be supported by up to £2.6 billion towards compensation, noise insulation and improvements to public amenities.

The airport has offered 125% of the full market value for homes in the compulsory and voluntary purchase zones, plus stamp duty, moving costs and legal fees.

Mr Grayling added: “We will only grant development consent if we are satisfied that a new runway would not impact the UK’s compliance with air quality obligations. Advances in technology also mean new planes are cleaner, greener and quieter than the ones they are replacing.”

He said the project will be privately financed and costs will not fall on the taxpayer.

The announcement follows years of delays and protests from environmentalists as they claimed it will damage the environment and cost the taxpayer billions of pounds.

Deputy Director Cait Hewitt added: “Heathrow’s been spinning a line about how a new runway will be good for everyone, everywhere. The truth – buried in the small print of the government’s analysis – is that an expanded Heathrow would mean unavoidable environmental damage for decades to come, for very little, if any, economic benefit to the UK.

“Despite years of research, analysis and consultants’ reports, the government still can’t answer the most basic environmental questions about this plan. It can’t explain how a new runway can be compatible with our climate change commitments; it can’t guarantee that the project won’t worsen the currently illegal levels of air pollution in London and it can’t get round the fact that a third runway will mean 700 more planes per day flying over London.”

ClientEarth said a third runway would have to overcome two major obstacles.

“Ministers should be doing everything they can to comply with air pollution laws to protect people’s health before even considering adding to the problem. It’s also very difficult to see how this could be done given the UK’s climate commitments.”