The prototype vehicle, called Maxwell, travelled eight and a half miles using less than one gram of hydrogen 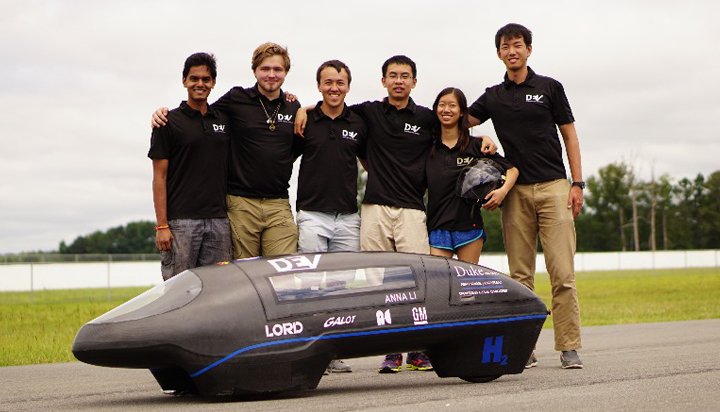 A team of engineering students at Duke University in the US have set the Guinness World Record for building the world’s most fuel-efficient prototype vehicle.

Duke Electric Vehicles (DEV) developed the hydrogen fuel cell car called Maxwell that gets the equivalent of 14,573 miles per gallon – or 0.01614 litres per 100km – and demonstrated it at Galot Motorsports in Benson, North Carolina.

To set the new world record, the car travelled eight and a half miles of track at a minimum average speed of 15mph using less than one gram of pure hydrogen.

That means the vehicle is “capable of driving to any point on the globe using the energy in one gallon of gas”, according to the team.

They beat the previous record of 12,600 miles per gallon set by Swiss team ETH Zurich, which held the position for 13 years.

Nico Hotz, Assistant Professor of the practice of mechanical engineering, who advises the team said: “This world record is a perfect example of how our ‘outrageously ambitious’ educational and research activities in Duke Engineering lead to remarkable and tangible results in the fuels of sustainable energy.

“By creating a collaborative and open environment and community, we enable our students to reach groundbreaking results: DEV’s new fuel cell vehicle was designed, built and optimised entirely by the students themselves.”