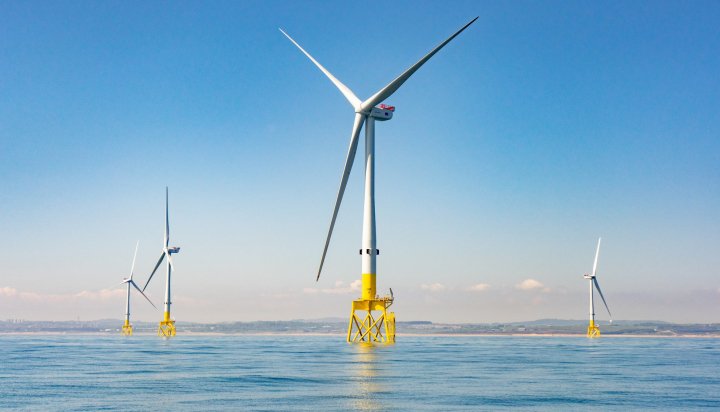 Vattenfall’s £300 million offshore wind test and demonstration facility,which is located around 1.5 miles from the shore, is made up of 11 turbines said to be the most powerful in the world.

It is estimated the wind farm will produce the equivalent of more than 70% of Aberdeen’s domestic electricity demand, with just one blade rotation of a single turbine generating enough power to supply an average home for a 24-hour period.

President Trump previously protested against the construction of the facility, which exported electricity to the national grid for the first time in July.

Scottish Renewables CEO Claire Mack said: “The developments and research which are taking place in Aberdeen place Scotland at the very forefront of offshore wind innovation and cement the city’s reputation as an energy powerhouse.

“With 25% of Europe’s offshore wind resource, the deployment of technology like these turbines – the most powerful in the world – presents an enormous opportunity for Scotland.”