Climate change gets US hummingbirds in a flap 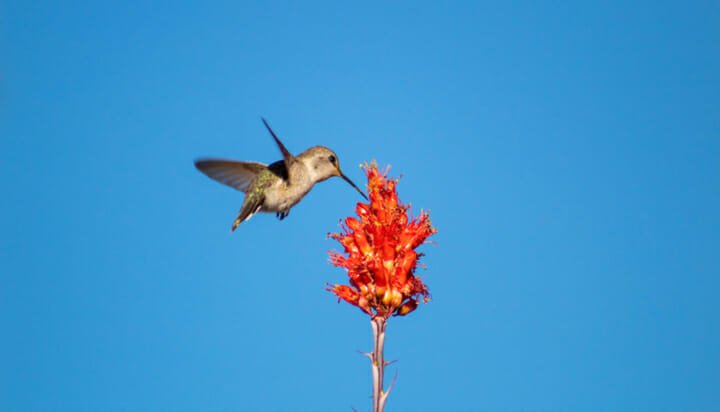 Climate change could severely threaten hummingbirds migrating across the US.

That’s according to The Desert Sun, a news publication serving the Palm Springs and Coachella Valley regions, which suggests global warming could be causing the bird’s most reliable food source, ocotillo, to bloom too early.

Many of the plants are now reportedly blooming in January, rather than the beginning of summer as historically observed.

This means the nectar held within its blossoms is unavailable by the time the birds arrive, leaving them without the energy source they need to complete their migratory journey.

The paper warns this could pose “disastrous consequences” for the many species of hummingbird that migrate through the south-western US and northern Mexico and suggests numbers of the rufous hummingbird are already in decline.