City of London to ban polluting vehicles from one street 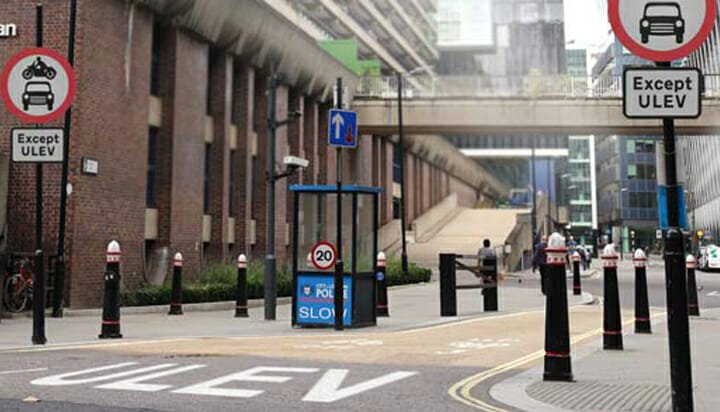 The City of London has announced a pilot project to allow only ultra-low emission vehicles access to a street near Moorgate.

It is consulting on the trial, which will create the local authority’s first low emission street by closing the south section of Moor Lane to polluting vehicles.

The project is part of the City of London’s plans to encourage the uptake of hybrid or electric vehicles to improve air quality in the Square Mile.

It aims to deliver the trial by April 2019 and will use it to consider whether similar initiatives are suitable for other streets in the City of London.

Those who drive through the ULEV-only zone with a non-compliant vehicle will be issued with a warning letter for the first four weeks of the trial. Following that, penalty charge notices will apply and any funds generated through the scheme will be held in scheme and be used for highway or road maintenance improvements.

Jeremy Simons, Chairman of the City of London Corporation’s Environment Committee said: “This trial is an important step towards cleaner air. We are determined to see a major improvement in the city’s air quality. It will deliver the results we need when considering radical targeted action to drastically reduce air pollution on our streets.

“Nobody should have to breathe in dirty air and we will continue to take bold and ambitious steps to ensure that the health of Londoners is protected.”

The project is part of the local authority’s Low Emission Neighbourhood project, which it jointly funds with the mayor of London.