It has a total capacity of 50MW plant – equivalent to the electricity produced by 60,000 tonnes of coal a year 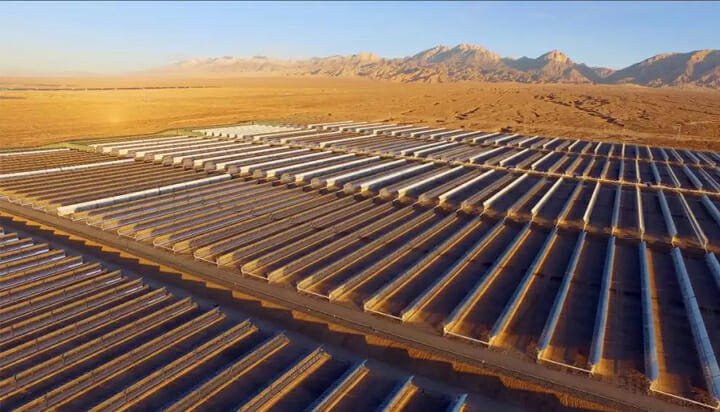 Power has been produced from what is claimed to be the first commercially operated concentrated solar power (CSP) plant in China.

The Delingha solar thermal power station, located in central China and operated by China General Nuclear Power Group, has a total capacity of 50MW plant – equivalent to the power produced by 60,000 tonnes of coal a year.

It is one of 20 demonstration plants in a government initiative to establish CSP commercially.

While the nation is the world’s largest producer of solar photovoltaic (PV) power, it generates little with CSP – PV converts light from the sun into electricity whereas CSP uses the sun’s heat to produce steam and generate power and can store the heat and use it at night.

ABB said it delivered the integrated automation solution that controls production ahead of schedule and therefore enabled the plant to qualify for the maximum Feed-in Tariff.

The demonstration plant is expected to boost China’s efforts to meet its target of producing 20% of its electricity from renewable sources by 2030.