Solar and wind ‘keep cutting costs in nearly every economy’ 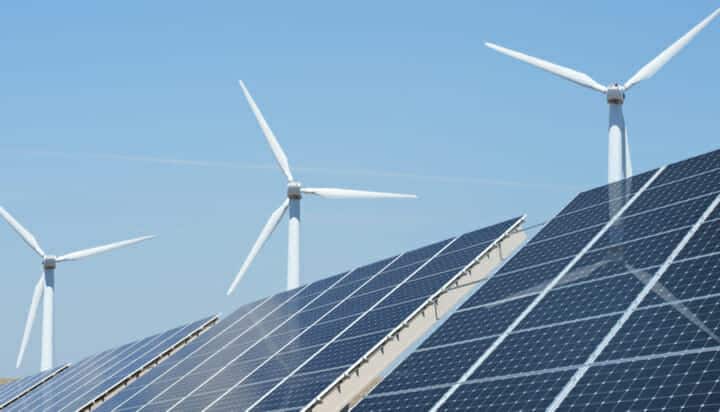 Solar and wind are now the cheapest new sources of generation in all major economies, except Japan.

That’s according to Bloomberg New Energy Finance’s (BNEF) Levelised Cost of Electricity (LCOE) analysis for the second half of 2018, which assesses the cost competitiveness of various generation and energy storage technologies.

It shows wind and solar have taken the lead even in countries such as China and India, where until relatively recently, coal was the predominant energy source.

BNEF claims in India, these forms of renewable capacity are now available at half the cost of building new coal plants.

The organisation says China’s utility-scale solar market contracting by around 33% has resulted in a “global wave” of cheaper equipment, driving the benchmark LCOE of new solar down to $60/MWh (£46.8), more than a tenth lower than during the first half of 2018.

The cost for onshore wind is around $52/MWh (£40.5), down 6% from the first half of the year, as turbines become more affordable and the US dollar strengthens.

The report suggests higher interest rates in China and the US in the past two years have put upward pressure on financing costs for solar and wind energy, although this has been more than offset by the price of equipment falling.

The cost of batteries is expected to fall by approximately a third before 2030, which BNEF predicts will lower the cost of peak power and flexible capacity to levels cheaper than any conventional fossil-fuel peaking plants in history.