Young people most at risk in a flood, Environment Agency warns 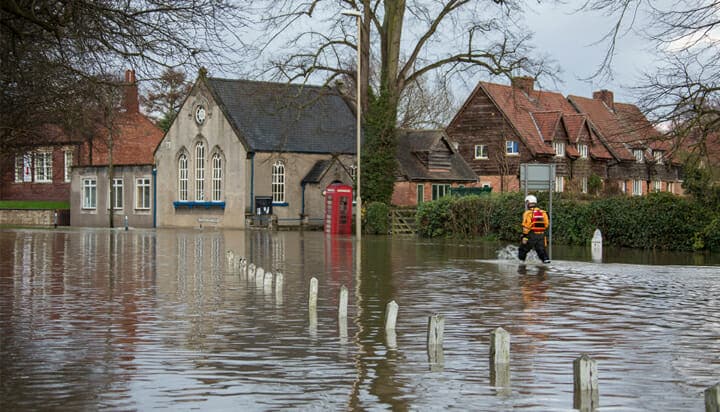 Young people are the most at risk during a flood due to their lack of knowledge on how to protect themselves and their communities when such an incident occurs.

The Environment Agency’s research found 18 to 34-year olds are least likely to know if the area where they live is at risk of flooding and how to protect their homes and possessions.

It also found less than half (48%) of under 35s would know what to do if a flood warning was issued.

The Agency and the British Red Cross are therefore urging young people to learn how to protect themselves when flooding hits and understand what action can be taken.

Around 5.2 million homes and businesses in England are said to be at risk of flooding and the average cost of flood damage to a home is £30,000 but the devastating consequences can go beyond that.

Those who experience flooding in their own home are also said to be at high risk of suffering from negative mental health impacts which can last for years – the most recent research from Public Health England shows more than a third of people who were flooded in 2014 suffered with depression, anxiety or PTSD and nearly a quarter of people are still experiencing these negative mental health impacts two years later.

Thousands of properties in Cumbria were affected, including a church in Kendal where local resident Jonny Gios still works.

He said: “Being flooded turned our world upside down for a whole year. The community came together in an amazing way during the recovery process but the stress and worry in the months that followed was devastating. It was difficult to unpack the trauma and took several months of counselling – suffering physical and emotional symptoms of post-traumatic stress.

“I can’t underline how important it is to be prepared and to know what to do when flooding hits. Simple actions can make a huge difference and could save you months of trying to gather your life and home back together.”