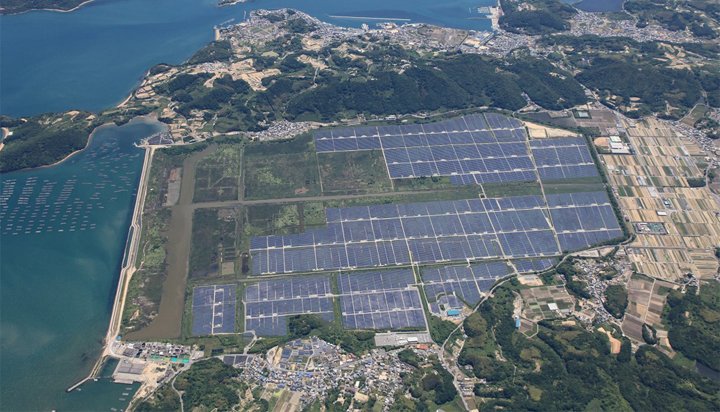 Construction of a solar farm claimed to be the biggest operating PV plant in Japan has been completed.

The 235MW Setouchi Kirei Solar Plant, located in the city of Setouchi in Okayama prefecture, has been built on the former site of the giant Kinkai Salt Field which closed in the 1970s.

It consists of 900,000 solar panels, which are expected to generate enough electricity to power around 80,000 homes in Japan.

The ‎¥‎110 billion (£0.78bn) solar farm is also expected to reduce 192,000 tons of CO2 emissions, equivalent to half of Setouchi’s current emissions.

Akinari Takehisa, Mayor of Setouchi City previously said: “Kinkai Salt Field, owned by Setouchi City, used to be the largest salt field site in East Asia. Now the site is about to be reborn as a new base which will provide clean energy as one of the biggest solar power plants, protect citizens from disasters with safety and security and contribute to community development through land lease income.

“My hope is that these projects will give dreams and hopes to children and help Setouchi City to continuously shine as ‘Town of the Sun’.”