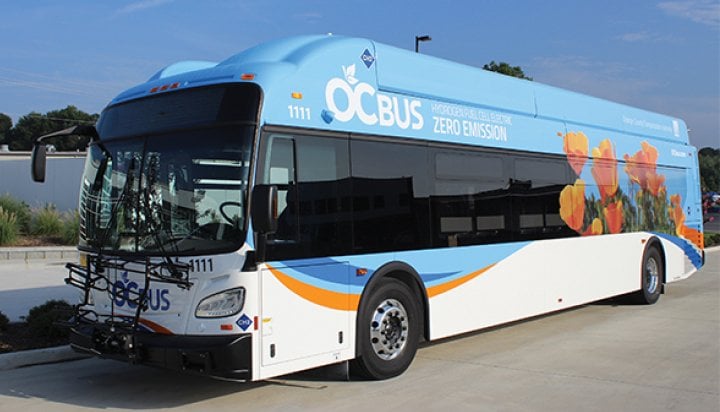 A hydrogen bus has driven for 350 zero-emission miles during a range test in the US.

The vehicle, which will be used by the Orange County Transportation Authority, used its hydrogen fuel cell to continuously recharge 100kWh of batteries, which powered a Siemens electric drive motor.

The bus operated for 28 hours and achieved an equivalent of 10.4 miles per gallon over 330 miles.

After running out of hydrogen, the zero-emission bus operated on battery reserve for an additional 20 miles to bring it up to the total figure.

During the test the bus drove with a payload representing fully-seated passenger capacity.

Chris Stoddart, President of New Flyer, said: “The fuel cell with stored hydrogen performed ideally as an on-board battery charger, allowed the bus to reach 350 miles without refueling or connecting to the electric grid.

“This represents a significant team accomplishment and celebrates the power of fuel cell-electric buses – alongside battery-electric – as effective means to deploy zero-emission solutions across America.”