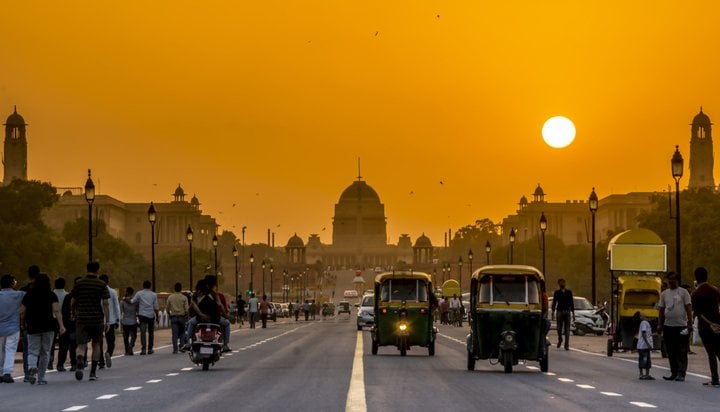 A heatwave sweeping across India has seen Delhi reach its hottest ever temperature in June, topping out at 48°C.

The India Meteorological Department’s (IMD) records show the capital’s previous record for the month was 47.8°C, recorded in 2014.

Temperatures across India are expected to fall from tomorrow onwards and the area affected by the heatwave is expected to shrink as the week continues.

Other major cities also saw extreme temperatures on Monday – Allahabad recorded a maximum temperature of 48.9°C, while many other areas witnessed thermometers rising above 45°C.

Climate experts at the IMD believe that the combined effect of climate change and El Niño could make 2019 another year of record-breaking heat.