The facility, which serves as a solar thermal power generation demonstration project, has exceeded the amount of power it was originally planned to produce 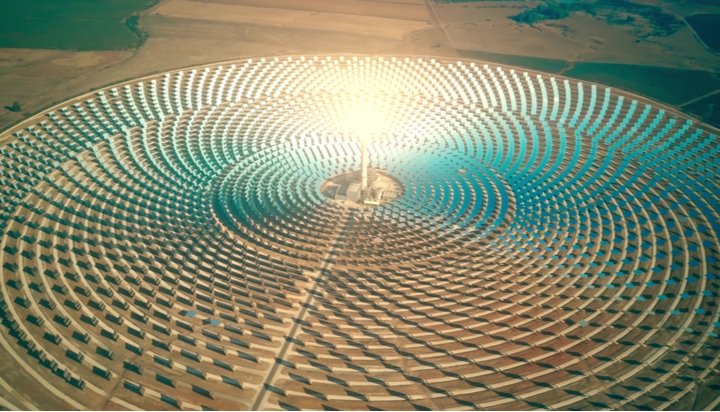 Built by Beijing Shouhang IHW Resources Saving Technology, the three billion yuan (£345m) project in Dunhuang uses 12,000 mirrors to concentrate sunlight onto a receiver, which is then used to heat the molten salt.

It is capable of generating 390 million kWh of clean power each year, enough to reduce carbon dioxide emissions by 350,000 metric tonnes – engineers at the facility say it has already reached or exceeded its designed values.

Unlike the intermittency associated with traditional solar energy systems, the molten salt allows energy to be stored and later used to generate power on demand.

Huang Wenbo, Vice-Chairman of the company, said the power plant, which is among China’s first batch of solar thermal power generation demonstration projects, has proven its ability to operate in “the harshest environmental conditions” across all different seasons.