University of Liverpool to divest from fossil fuels by 2022

It has committed to sell its remaining £2.8m holdings in fossil fuel companies over the next three years 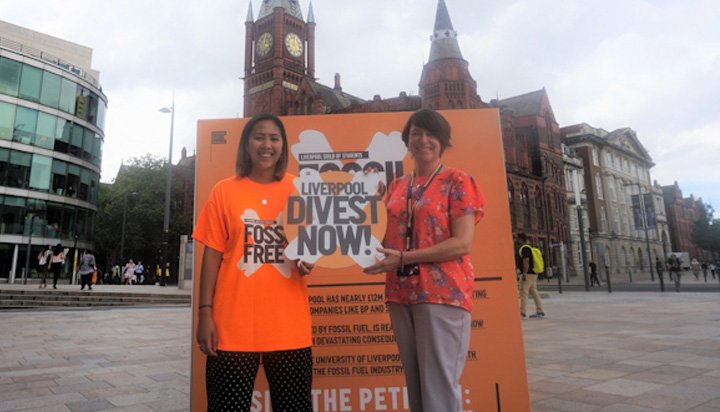 The University of Liverpool has pledged to fully divest from fossil fuels by 2022.

It has committed to sell its remaining £2.8 million holdings in fossil fuel companies over the next three years, which represent around 1.2% of the university’s investment portfolio.

Nicola Davies, Director of Finance said: “The case to reduce our investments in companies that derive significant revenues from fossil fuel extraction and production has increased with greater awareness of the impact of climate change.”

The decision was influenced by the Guild of Students’ Fossil Free campaign, which is “thrilled” with the university’s move.

Deputy President Hannah Nguyen said: “Fossil fuel companies have repeatedly abused the human rights of communities on the frontlines of fossil fuel extraction and led us into the climate crisis we are facing.

Full divestment is a huge win for the Fossil Free movement and it’s all down to student activists at Liverpool who have campaigned tirelessly. Thank you to everyone who signed our petition, came door-knocking in halls and helped to organise the Fossil Free campaign.”