Material from the demolition struck the overhead electricity network, which led to the power outage between 7am and 8.20am on Sunday 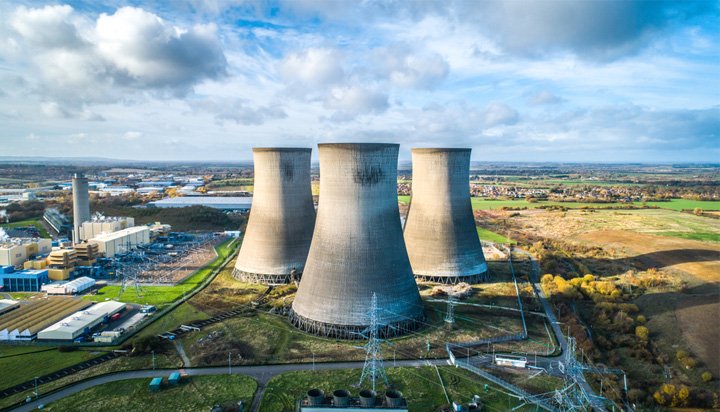 Around 40,000 households were left without electricity for an hour and 20 minutes on Sunday after the cooling towers of a disused power station in Didcot were demolished.

The 375ft towers of Didcot A Power Station were brought down at 7am using explosive charges, following which witnesses saw a nearby electricity pole going up in flames.

Scottish and Southern Electricity Networks (SSEN) confirmed material from the demolition struck the overhead electricity network, which led to the power outage at Sutton Courtenay until 8.20am.

Onlookers shared photos and videos from the controlled blast.

Forget the cooling towers coming down – a pylon just exploded! Caught the tail end of it. #didcotpowerstation pic.twitter.com/pso2NN1B3E

A spokesperson from SSEN said: “During the demolition, a large section of debris protection materials became detached from one of the cooling towers and made contact with our 33kV overhead line, which was outside of the advised perimeter. This resulted in significant damage to the overhead line and subsequent network faults.

“We are in contact with the station owner RWE to support them in their incident investigation alongside our own internal review into the network fault.

“SSEN takes its responsibility to public safety seriously. We are aware of reports of minor injuries and damage caused by the incident at Sutton Courtenay and are working with the police and other agencies to identify those impacted.”

ELN has contacted RWE for a statement but previously acknowledged the power cut on Twitter.

The three cooling towers at Didcot A Power Station are down and
we are awaiting a final evaluation of the outcome.
There were power cuts in the local area following the demolition, however power was restored earlier this morning. Investigation of what has happened is ongoing

The German energy giant had planned to clear the site by the end of 2017, however, plans were delayed after a collapse of the site’s boiler house killed four workers during an incident in February 2016, whose bodies were recovered after more than six months.

The disused plant’s chimneys are expected to be demolished in the autumn,

The 2,000MW station operated until 2013, when RWE moved to decommission it when new EU reduced emissions rules were brought in.

Nearly a million homes and businesses across England and Wales were also left in the dark earlier this month after the loss of two large generators.