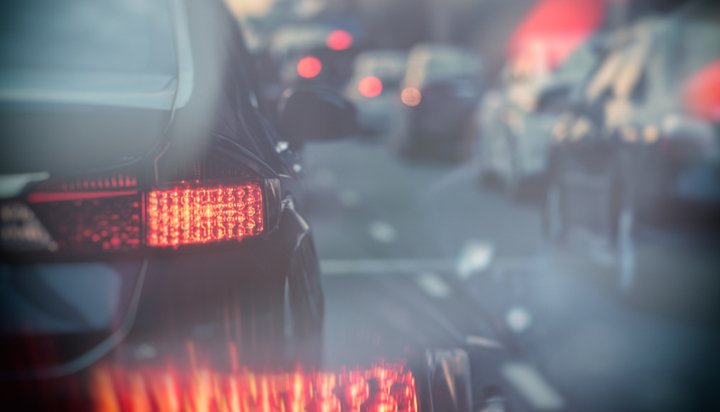 That’s the verdict from the Office for National Statistics (ONS), which highlights how in 2017, greenhouse gas emissions from the sector made up around a fifth of the UK’s total emissions.

It notes that although the UK’s total greenhouse gas emissions fell by 32% between 1990 and 2017, emissions from road transport increased by 6% in the same period.

Slightly more than three-quarters of the road traffic in 2018 was generated by cars and taxis.

A new report published by the ONS shows at the end of 2018, only 0.5% of all UK vehicles were categorised as ultra-low emission – these emit less than 75 grams of carbon dioxide for every kilometre travelled and are generally battery electric, plug-in hybrid electric and fuel cell electric vehicles.

The ONS notes that despite road traffic in the UK having increased by 29% from 255 billion miles travelled in 1990 to 328 billion miles in 2018, related emissions have gone up more slowly, increasing by 6% between 1990 and 2017, suggesting that the vehicles used now are significantly cleaner.

It says this change has been largely driven by “increasingly stringent exhaust emission limits”, which have led to the release of pollutants such as carbon monoxide, particulate matter and nitrogen oxides being significantly reduced.

The report highlights the total amount of fuel used for road transport in the UK remained relatively stable from 1990 to 2017 as the fuel efficiency of newer vehicles has improved – however, which fuel is used has changed significantly, with petrol use in the UK falling from 27 million tonnes of oil equivalent (Mtoe) in 1990 to 13 Mtoe in 2017, while the use of diesel has increased from 11 Mtoe in 1990 to 27 Mtoe in 2017.

The ONS suggests: “Reductions in emissions of these pollutants are likely to have been influenced by regulations, particularly the Euro exhaust emission limits, which were implemented with the aim of improving air quality.”