The Defence College of Logistics, Policing and Administration at Worthy Down has been equipped with a total of 1,625 photovoltaic roof panels 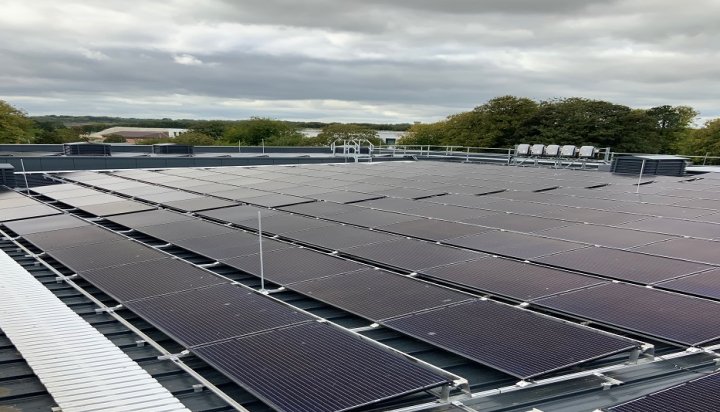 Image: The Defence College of Logistics, Policing and Administration

A new solar panel installation is defending a Ministry of Defence (MOD) site from high energy costs and safeguarding the environment from emissions.

The Defence College of Logistics, Policing and Administration (DCLPA) at Worthy Down has been equipped with a total of 1,625 photovoltaic roof panels spread across the roofs of four new buildings at the new £300-million facility.

The panels are expected to produce 413,307kWh/year of electricity annually and save the base almost £58,000 per year – personnel from the Royal Navy, Army and Royal Air Force all train at the site.

Matthew Richardson, Defence Infrastructure Organisation’s Principal Project Manager, said: “Prior to the installation of the panels, the base did not have the capability for onsite electricity generation, so this is an exciting new addition.

“The photovoltaic panels will not only deliver considerable savings to the MOD but also help preserve the planet’s resources, so it’s a win-win situation.”