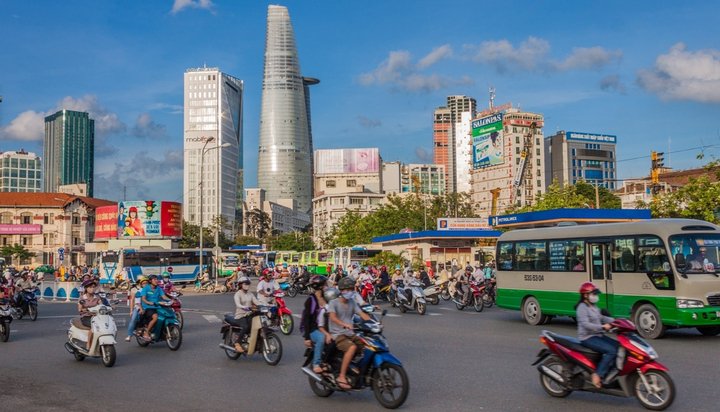 Southeast Asian energy demand will grow at twice the global average during the next 20 years.

That’s according to a new report by the International Energy Agency (IEA), which says 60% demand growth driven by economic development will likely increase challenges for the region’s policymakers and could threaten the security and sustainability of its energy systems.

It suggests the nation is “well on the way” to reaching universal access to electricity by 2030 – currently, 45 million people living there have no access to power.

The IEA warns rising fuel demand is already outpacing production from within the region, meaning Southeast Asia will become a large net importer of fossil fuels and potentially generate an annual energy trade deficit of more than $300 billion (£233.1bn) by 2040.

The report predicts this could make countries in the area highly vulnerable to market fluctuations and notes while renewable capacity is expected to expand by more than one-third over the next five years, led by solar and hydropower, a continued reliance on oil could see air pollution deaths rise to more than 650,000 by 2040, up from an estimated 450,000 in 2018.

It claims this could also drive a 66% rise in carbon dioxide emissions, reaching almost 2.4 billion tonnes in 2040.

To ensure this does not happen, the IEA is calling for Southeast Asian countries to implement policies to encourage a “massive” scaling-up of clean energy deployment, improve energy efficiency, phase out fossil fuel subsidies and drive development of carbon capture, utilisation and storage technologies.

Dr Fatih Birol, the IEA’s Executive Director, said: “Southeast Asia is set to have a major impact over the next two decades, adding the equivalent of Japan’s entire energy system to global demand.

“This rapid growth underscores the importance of Southeast Asian countries’ energy policies for their citizens but also for the world.”