The Bio-Substitute Natural Gas plant will generate renewable gas from up to 175,000 tonnes of bio-resources, including unrecyclable wood and refuse-derived fuel 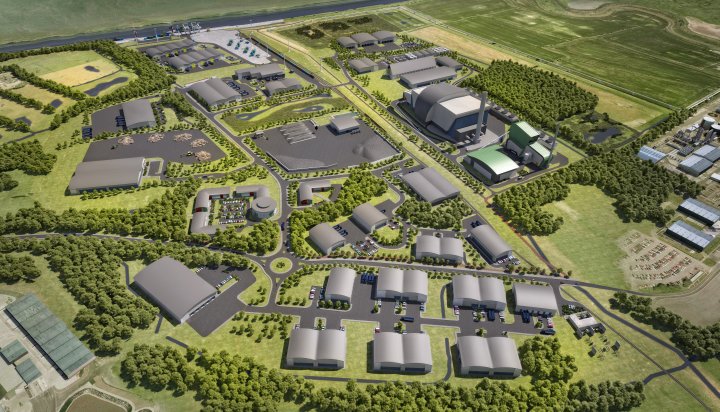 Plans to build what is claimed will be the first commercial-scale renewable gas facility have been approved by Cheshire West & Chester Council’s planning committee.

The £150 million Bio-Substitute Natural Gas (BioSNG) plant will generate renewable gas from up to 175,000 tonnes of bio-resources, including unrecyclable wood and refuse-derived fuel (RDF).

The gas will be used in the transport sector, generating enough fuel to power up to 1,000 low carbon high goods vehicles (HGVs) and buses every year.

According to developers, it could also be a replacement for the natural gas that is currently supplied to homes and businesses and in the future, the plant could be configured to produce renewable hydrogen.

The facility, which is being developed by Progressive Energy at Peel Environmental’s Protos site near Ellesmere Port, will create around 300 jobs during construction.

Chris Manson-Whitton from Progressive Energy said: “Decarbonising the transport sector is going to be critical if we’ve any chance of reaching net zero emissions by 2050. We’re still hugely reliant on fossil fuels in the sector which, together with heat, accounts for around three quarters of UK energy consumption.

“Today’s decision is a huge step forward to providing a reliable and renewable gas for transport fleets across the North West and beyond. This is just the first of many BioSNG plants that could be built across the country, helping to transform our transport sector and make a huge contribution to tackling climate change.”

Construction is due to start next year with production expected in late 2022.

There are plans to build a further eight similar facilities across the UK during the 2020s.